We made a splash on day two of the Melbourne Cocktail Festival at an event that gave innovative drink makers, producers and importers a chance to show their gear. Welcome to the event called - Splash! A celebration of innovation in the beverage industry.

The room at Craft & Co. in Collingwood was buzzing with distillers, importers, brewers, vermouth producers, liqueur makers, collaborators and distributors.

We raced around the room and wrangled chats with these hardworking ‘magicians’ in rare downtime moments when they weren’t pouring tastes and telling their stories to an audience thirsty for knowledge.

Kuura Cola
Splash! is the first time Aydan Graham and Melissa Mills - the duo behind Kuura Cola - put their product in a bottle to present to the public.

Melissa is the founder and director of Sake Connect and Aydan is the force behind Kuura Tea Company and the pair have created a drink of fermented Chinese tea brewed with Japanese sake infused with plum.

“An adult version of coca-cola,” says Melissa. “We both have a big passion for Asian flavours and this started as a tea and sake knowledge swap.”

Melissa is a Worksmith member and that gave the two of them the impetus to get involved in MCF, “and it drove us to get it in the bottle, which is part of our development plan. It’s exciting to see what people think!” 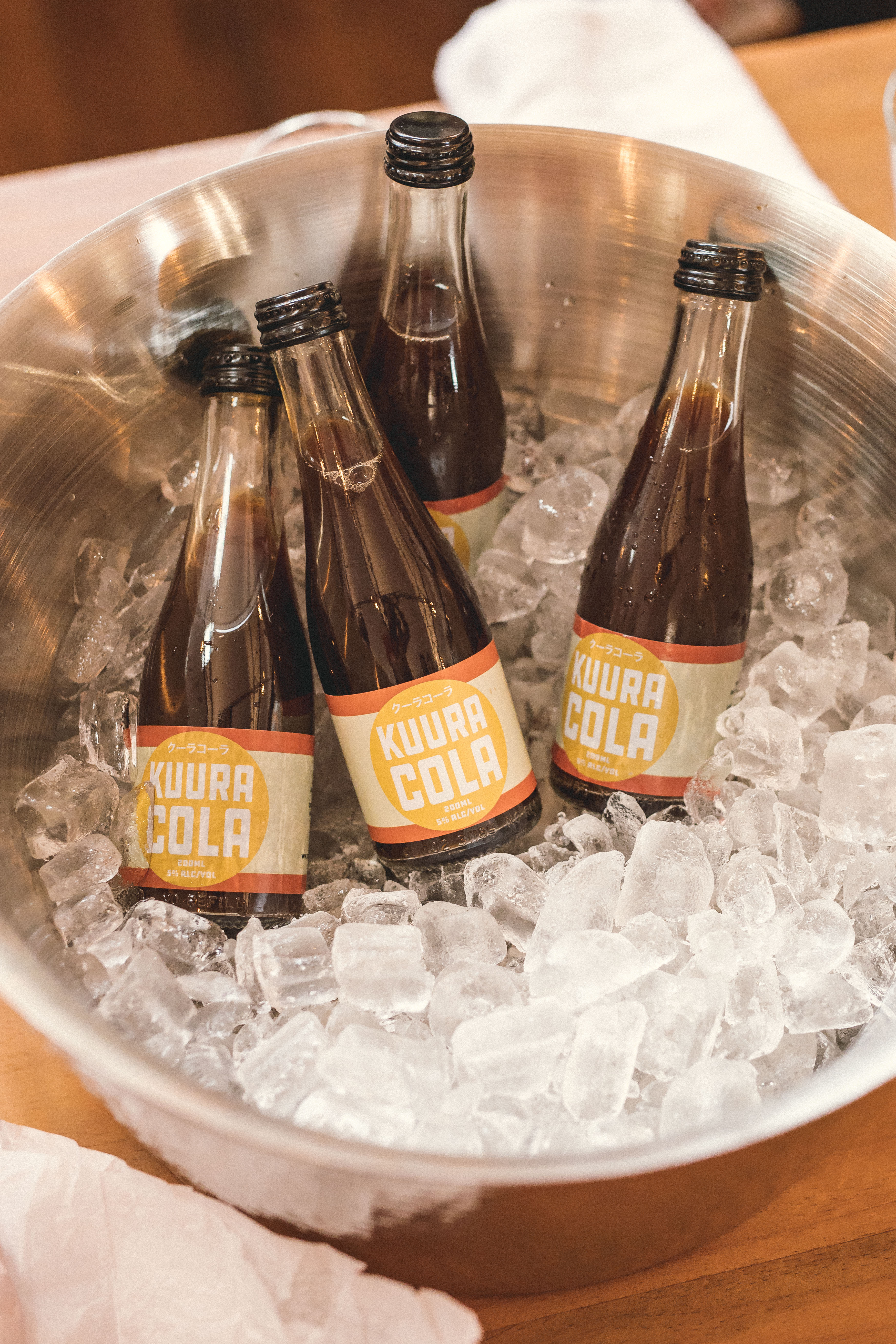 Aperitivo & Co.
Naz Fazio of Aperitivo & Co. imports aperitifs, vermouth and Amari from Italy and was thrilled to be a part of the MCF

Drinks on tasting covered Italy, from Trento Alto Adige in the north, down to Sicily. He was excited to get people tasting the Sirene Amaro from the north, made from lemons that grow the town of Garda, to the Amacardo from Sicily made from oranges and artichokes that grow on Mt Etna.

For Naz, Festivals like the MCF are important to his business and our broader drinking culture, “This festival is great! It’s a chance to showcase some of my products and as they’re quite niche and quirky, it’s not something people naturally pick up at the bottle shop, but if they get to have a taste here it makes it easier for them to understand.” 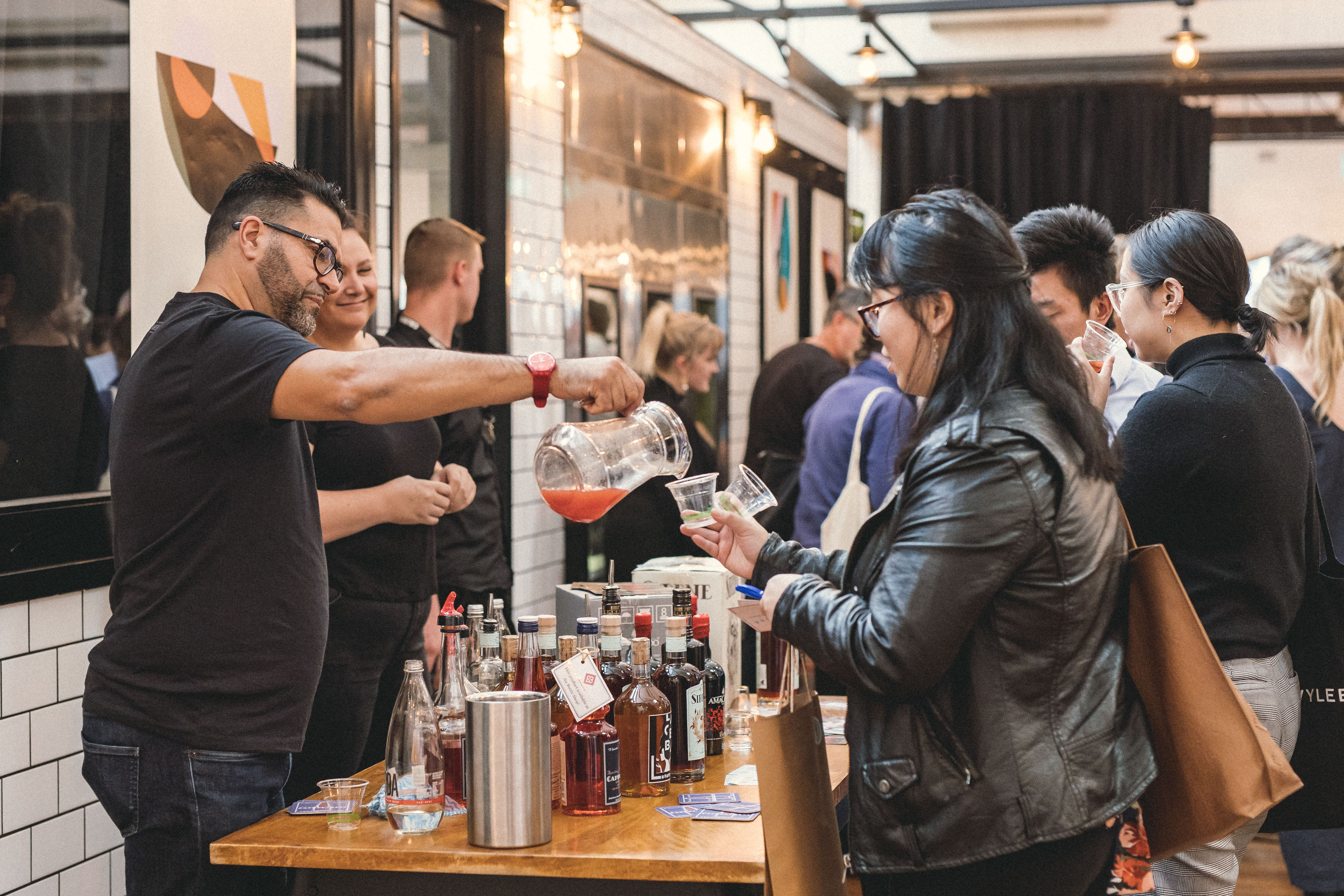 Maidenii
Shaun Byrne, one of the two founders and owners of Maidenii Vermouth, had the label’s selection of vermouths on tasting and when it comes to events like this, he’s very enthusiastic.

“They’re really important as consumers want to know more about what they’re drinking. These events give them a chance to see what premium options there are on the market and it gives them a chance to taste them, too.

"Consumers are more mindful than ever of where their food and drink comes from and sourcing your produce from your background is a much more sustainable choice these days.” 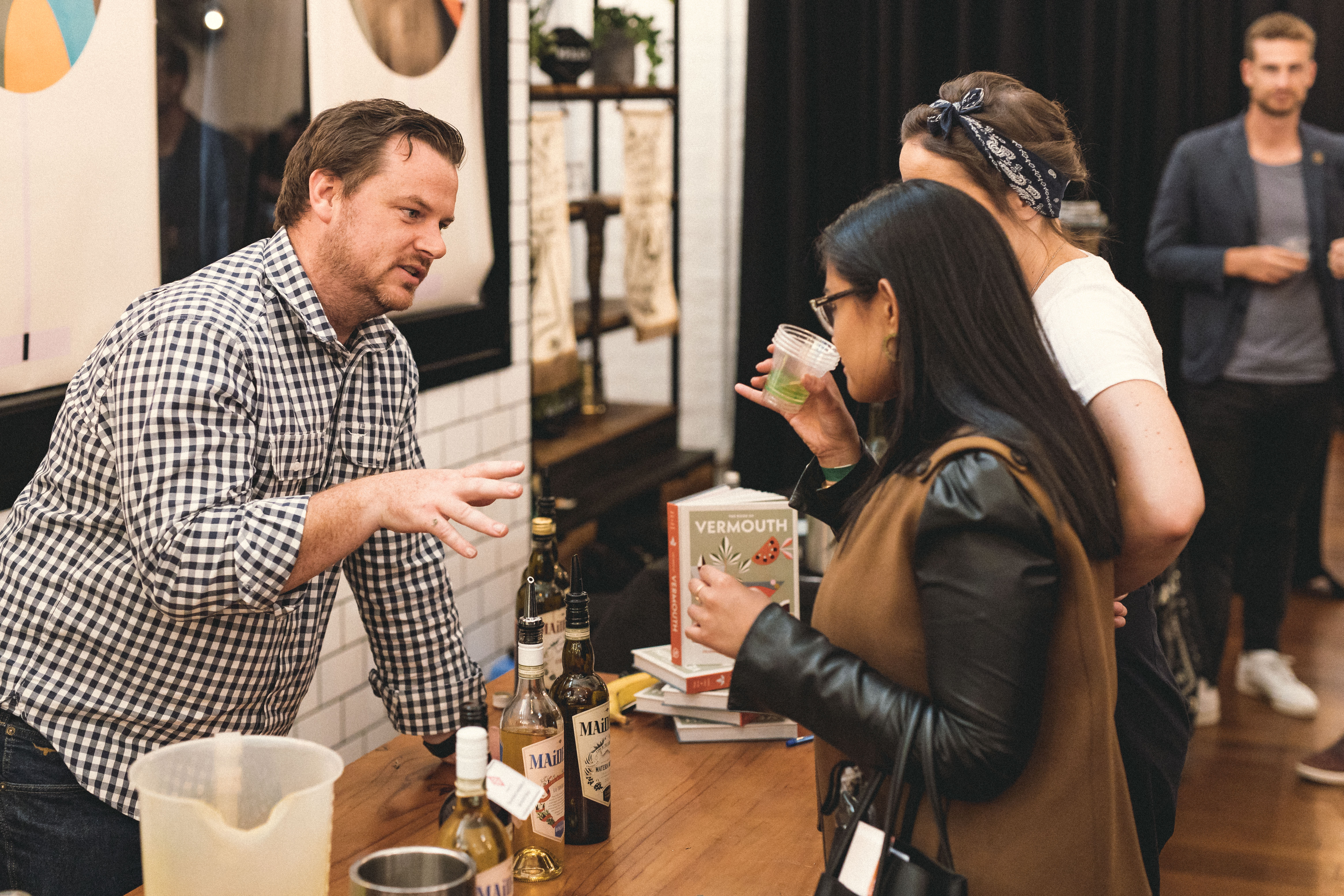 Tastes of the new products were being poured by Ella Nielsen who works at the cellar door and on events for Four Pillars in the Yarra Valley and she was managing the crowds like a pro.

The Negroni’s included: (with comments from Ella).

2. Coastal Negroni - white negroni with samphire, “salty by the sea.”

3. Metropolitan Negroni - “there’s coffee in there, it’s perfect for brunch.”

4. Desert Negroni - “based on our Bloody Shiraz Gin, deep and smoky.”

Ella loves that events like the MCF are, “for the industry but also consumers who want to know what they’re drinking. They’re very discerning, and here they can try things that they may not have the chance to try elsewhere.” 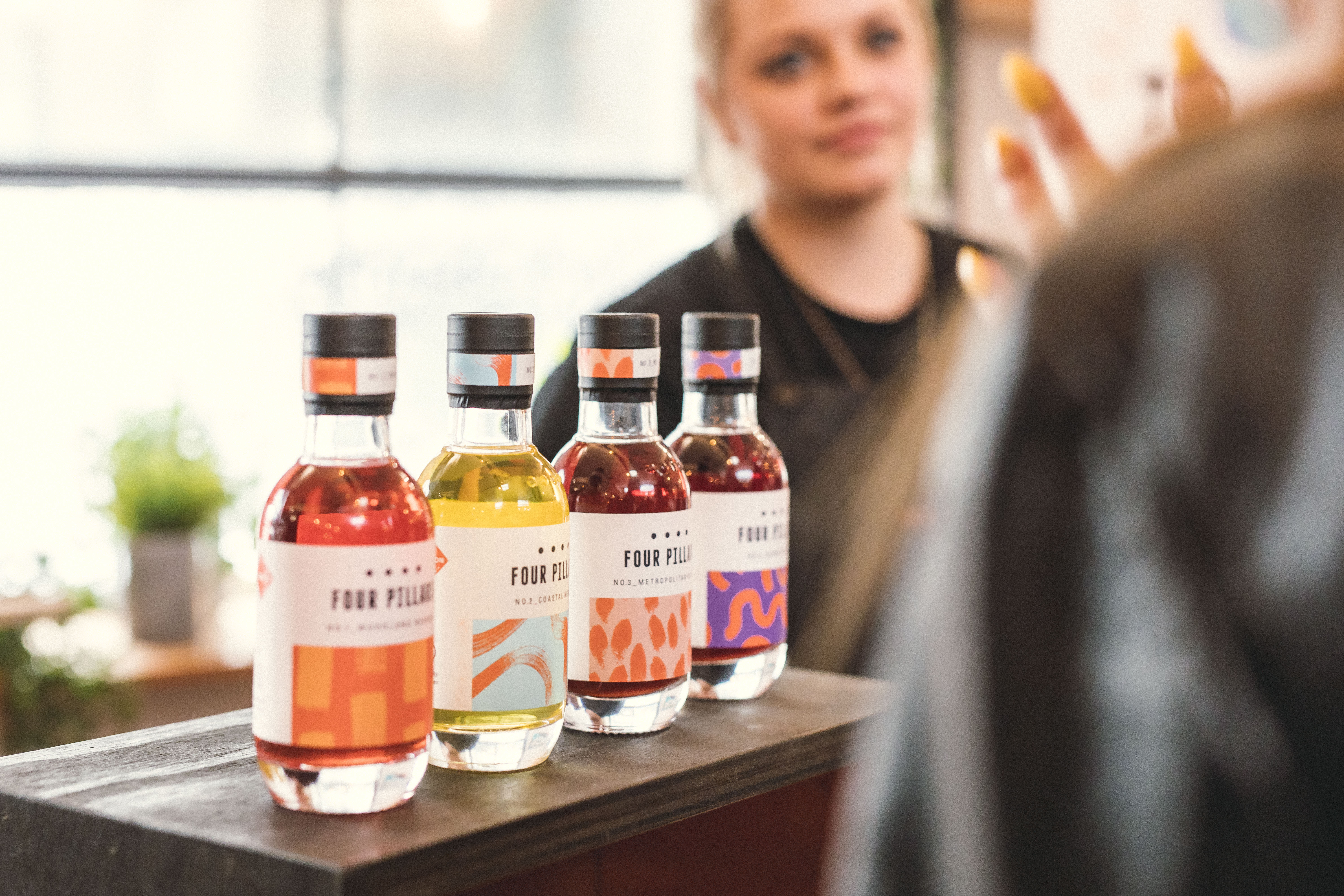 Marionette
Co-founder of Marionette, Nick Tesar, was pouring the team’s new Peach Liqueur which launched at Splash! Made from stone fruit fresh out of Cobram, it includes yellow and white peaches and some nectarines.

“It’s been in the making for about a year and we’re thrilled to have it in a bottle,” he says.

Nick has attended many tastings and festivals and sees them as vital connection and support for the industry. “One thing we do particularly well in Melbourne is the sharing of knowledge. That time in the industry where people wanted to hide information from each other is gone. Everyone wants everyone to be better and free sharing of information is only going to make that happen. These kinds of events encourage that.”

Bass & Flinders Gin
Tom Curtis from Bass & Flinders Gin on the Mornington Peninsula was sharing news about the distillery’s tenth birthday this year and highlighting some of the gins that have been made to celebrate this milestone.

The Maritime and the Orient are two gins made by distiller Holly Klintworth who is the daughter of Wayne Klintworth, one of the distillery’s founders.

Holly is a quarter Chinese and the Orient gin is to pay homage to that part of her heritage with mandarin orange and Szechuan pepper. The Maritime gin is designed to acknowledge “the Mornington Peninsula where we’re from,” says Tom, “we have properties to forage and source kelp, samphire, saltbush, currant bush and vine leaves from these areas for the gin.” 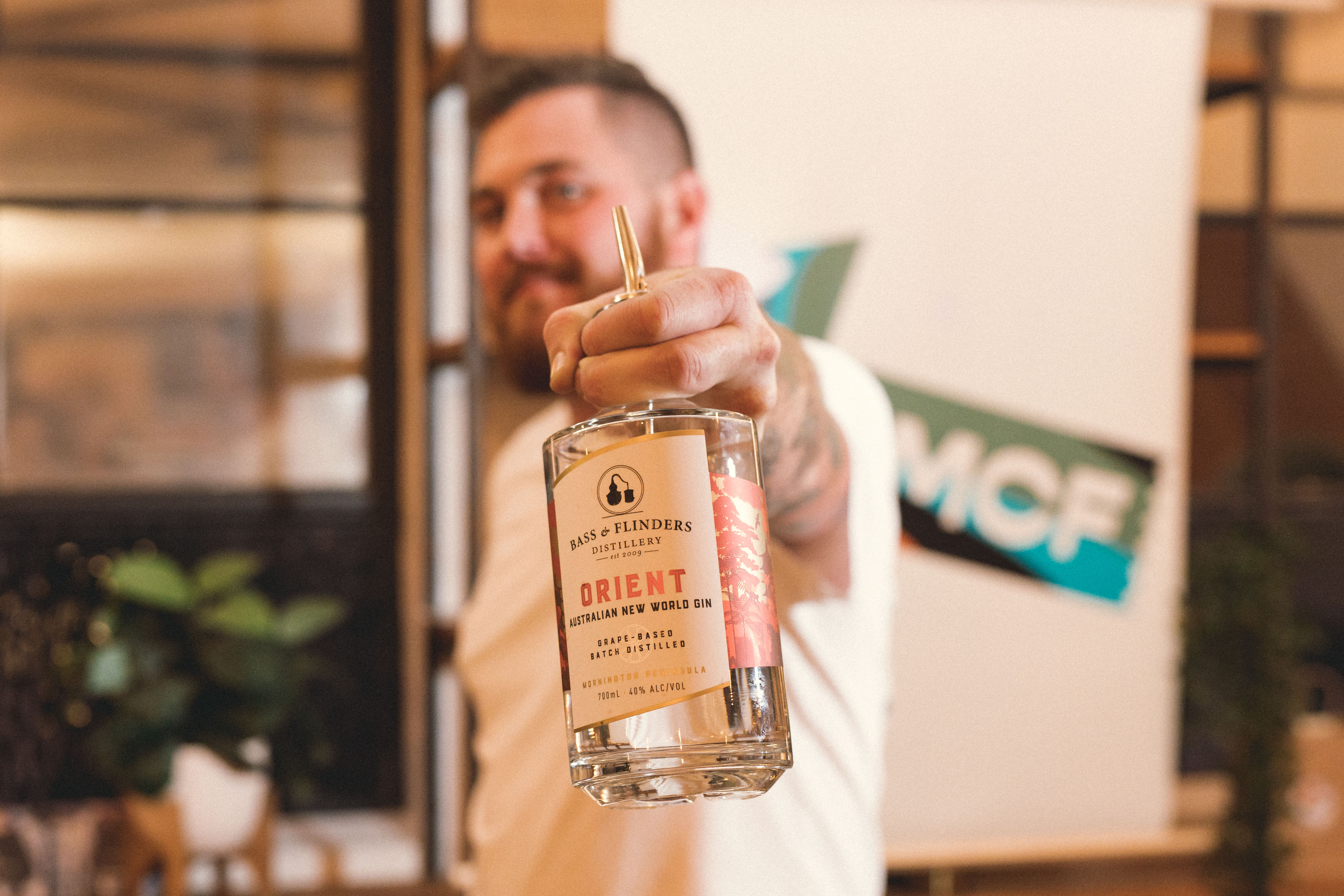 Seedlip
Seedlip is a well-established non-alcoholic distilled spirit, the first of its kind in the world and was being poured at Splash! alongside its boozy siblings.

Keegan Hartslief, representing Seedlip said that it’s a thrill for the brand to be, “among like-minded people who are all looking to great experiences and quality drinks. These people really care about their liquid.

He’s currently loving Seedlip’s Garden 108, “ the main ingredient is sugar snap peas with rosemary, thyme, hops, hay and spearmint. I mix it with a dry tonic and garnish it with a sugar snap pea.”

We can vouch for this, it’s a wonderfully herbaceous mix with a great garnish to crunch on. 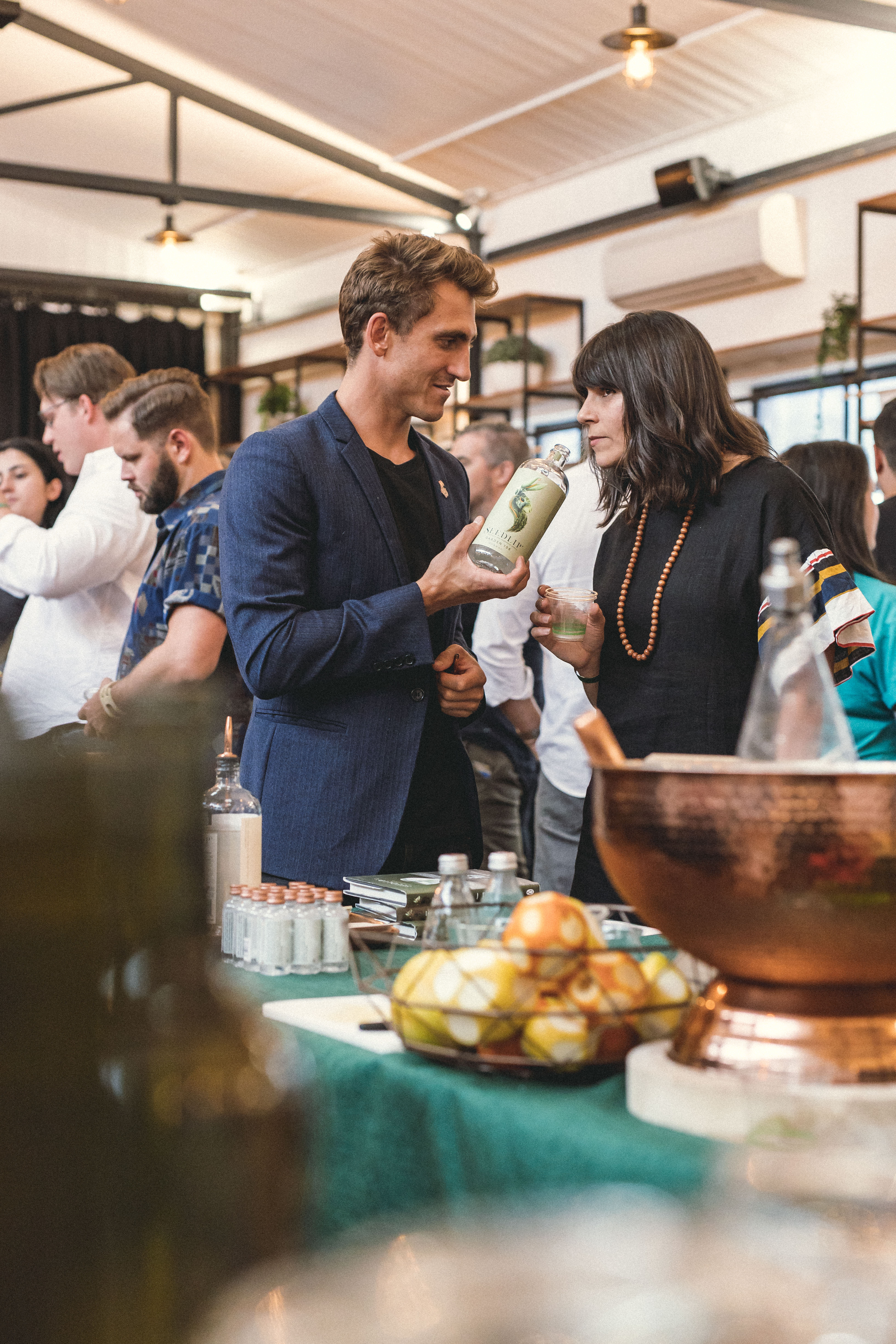 Franc about Wine
There was a wine on tasting too! Unico Zelo from SA is the wine sponsor for the MCF and Nick Barton from Franc about Wine who distributes the wines, was on-hand for the event.

“We’re not here for the cocktails but we did want to show the wines,” says Nick, “and the guys from Unico Zelo distil gin and make a limoncello, ‘mandarincello’, espresso liqueur and Okar, an Australian Amaro. There are great connections here with the Festival.”

Nick sees festivals like this as being important to get the products to the public. “I am the middleman, a distributor and being able to get a direct line to the consumer with the brand is important. These festivals help that.”

“And we and Unico Zelo are members and supports of Worksmith, it’s a nice circle.” 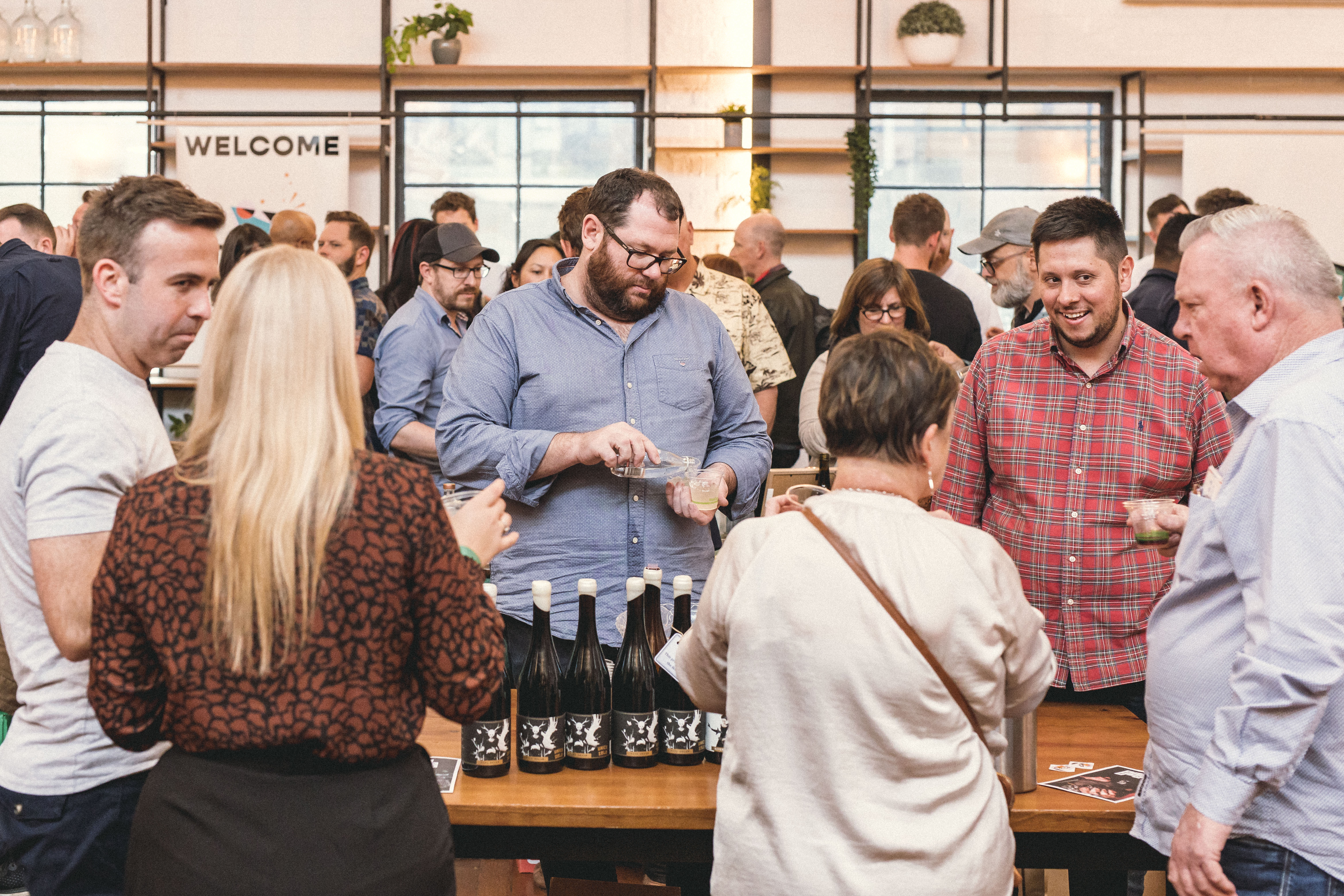 Founded by Lars Williams, who ran the test kitchen for Noma for 10 years, and Mark Emil Hermansen in 2017, the pair set out to create a Flavour business more than a spirit business.

They distil their own base spirit - known as Helena - and according to Gus they use, “Eastern methods of fermentation combined with western that leads to the single distillation base. It’s not vodka, gin, mezcal or sake although it applies lots of these methods.”

To us, it’s magic. A smooth drink with hints of plum but a wonderfully savoury finish, more of that thanks! 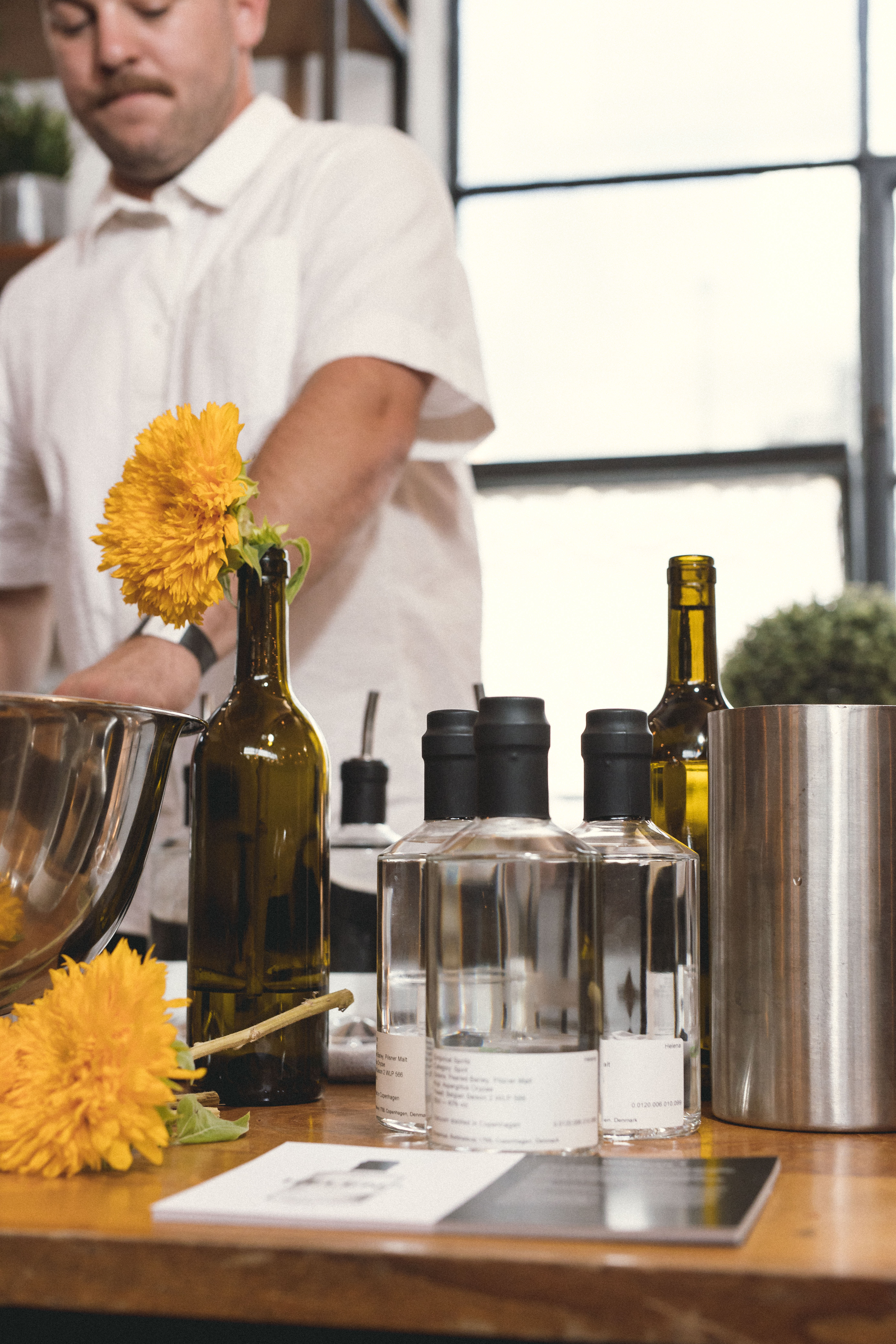 The boys from Mr Black Coffee Liqueur made waves at Splash! (pun intended) with their black liqueur that’s taking the world by storm, and Global Ambassador Martin Hudak had the crowds coming back for more of their quirky coffee-forward cocktails.

Established in 2013, Mr Black is produced on the Central Coast of NSW, “Are the biggest selling Australian craft spirit in the US right now,” says Martin.

As someone who travels the world for liquor, he has a broad perspective on the importance of drinks and cocktail festivals.

“I’ve been to every major cocktail festival or expo around the world. The drinks industry is becoming more of a global community and it’s a great way to connect and to get our product to the public, it’s very important to have them.” 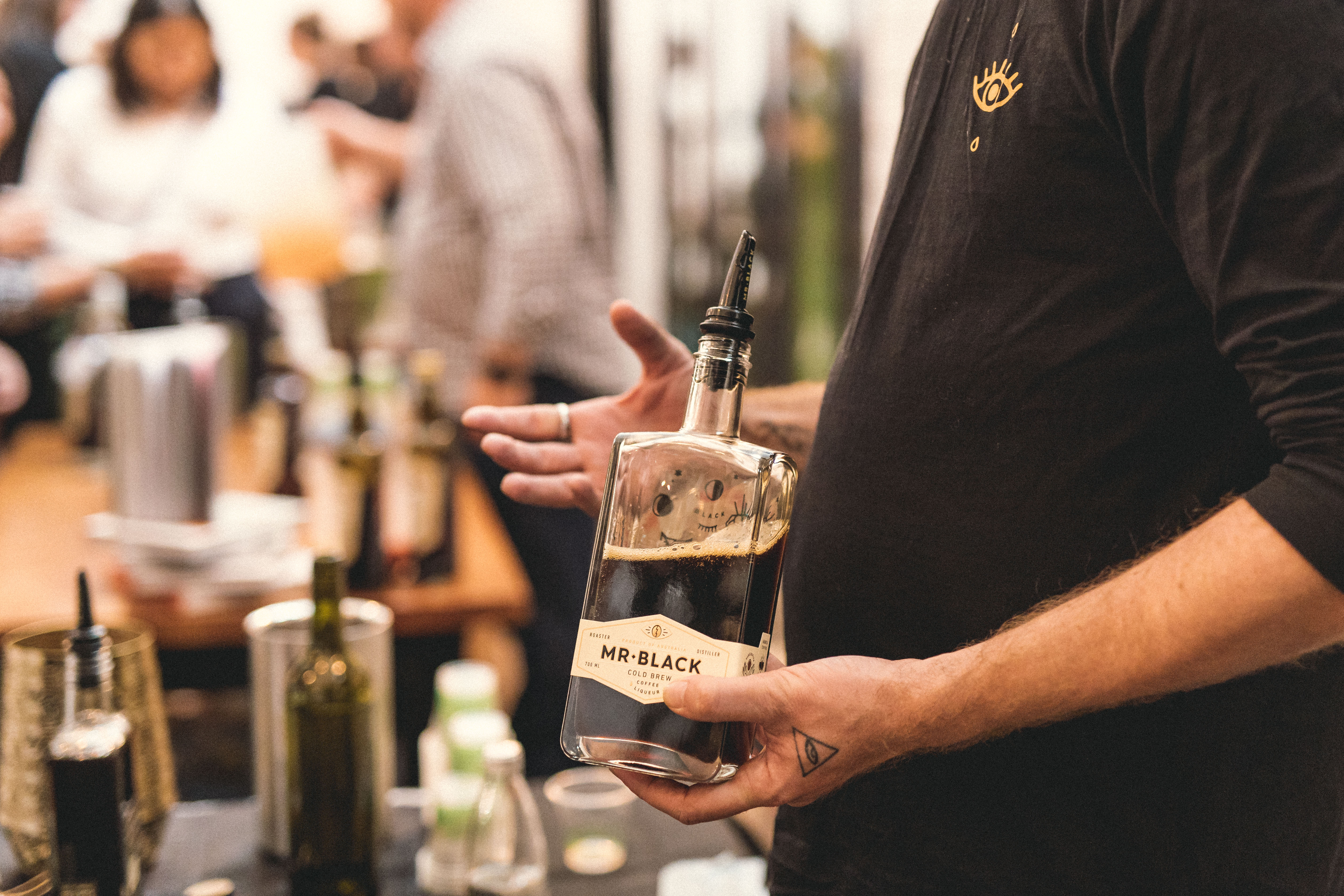 Their Navy Strength is made with cumin, caraway, fennel seeds and is “super spicy and savoury,” she says. And, they had a limited edition Tea gin, made with gin and Oolong tea on its first tasting to the public.

Penny added, “I think these events are so important. With something like a gin and so many people making different gins, to get bars and venues can be difficult so to allow consumers to try new things, it’s great to come together. We need to have these brands recognised and events like this help.” 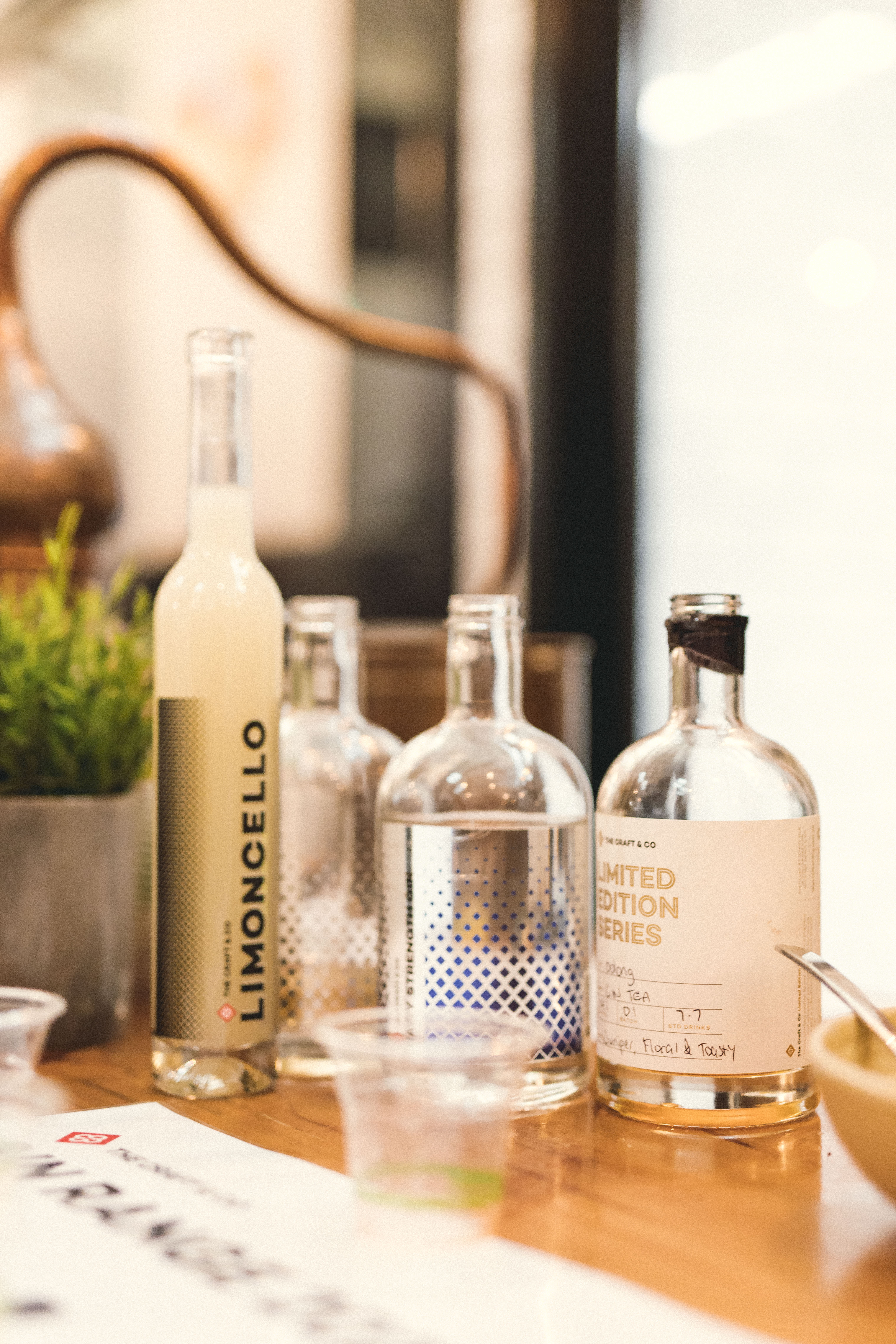 Stomping Ground
Stomping Ground, MCF’s Beer sponsor for the festival brewed a beer just for us - the Beerlini - a peachy IPA which they had on tasting as well as their Passionfruit Smash, Gipps St Pale Ale and Hop Stomper IPA.

“We do a lot of festivals,” says Gab Porto, Stomping Ground’s brewer, “we have plenty throughout the year and they really help to get your full range to the public so people can work out what they like and what style’s they prefer. They’re really important.” 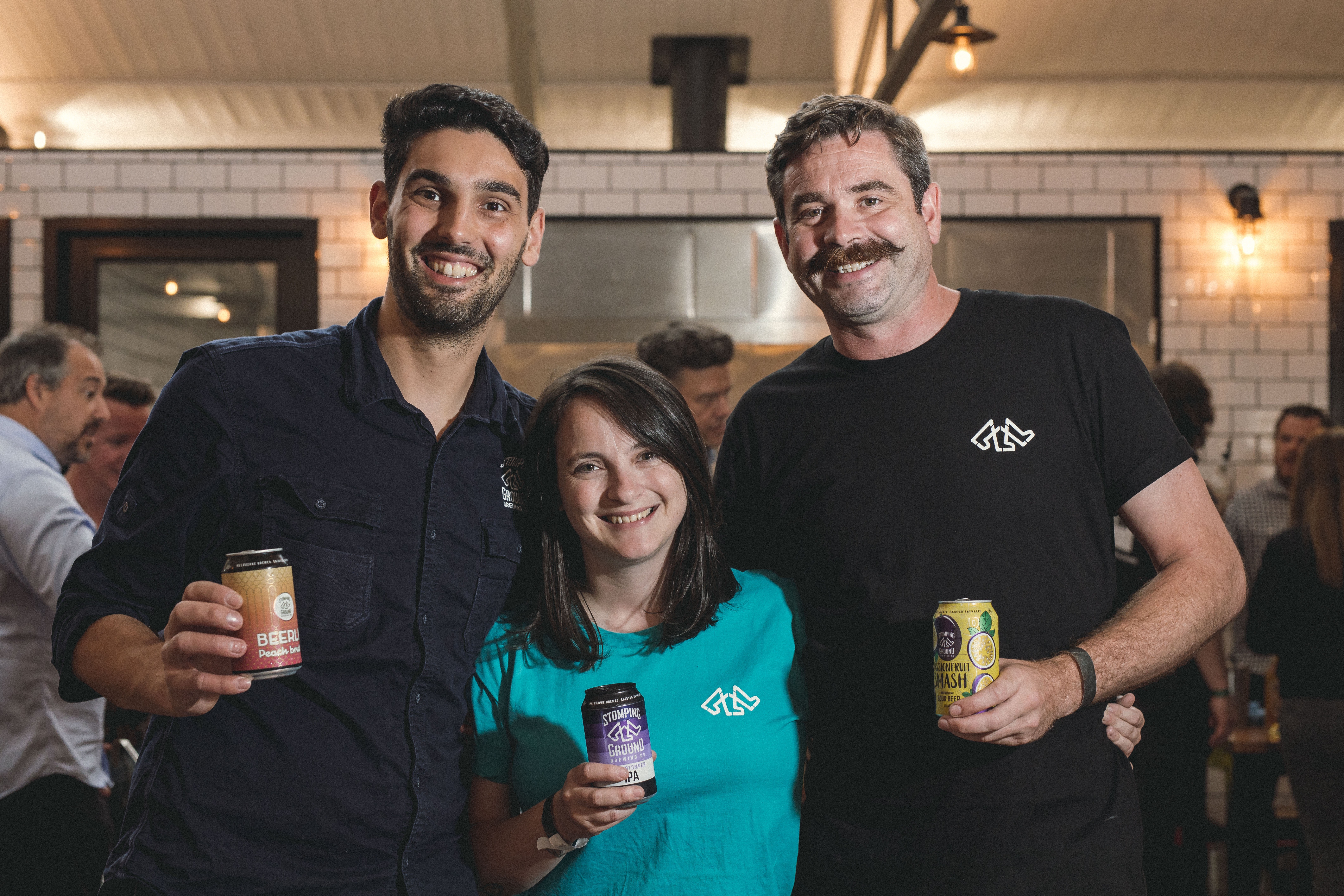 Anther Gin
Our friends at Anther Gin were kept busy at both sessions.

Anther’s Amy Poole describes their gins as, “flavourful expressions of local spirits, not only Victorian but we celebrate Australian botanicals. We have a still and we like to mess around with flavours.”

One of the gins on tasting, the Flagship Anther Gin, won the Australian Champion Gin 2018 and Amy says it’s “an expression of London Dry Gin, very juniper-forward with citrus notes. It’s a big, bold G&T gin.”

Their Charismatica gin is a trade-only gin (but it was available to buy at Splash!) was also on tasting.

“We know how hard it is to get people through the doors of venues and we thought let’s see if we can get the public into bars knowing that they can have something special that they can’t find anywhere else. Hence, the Charismatica.” 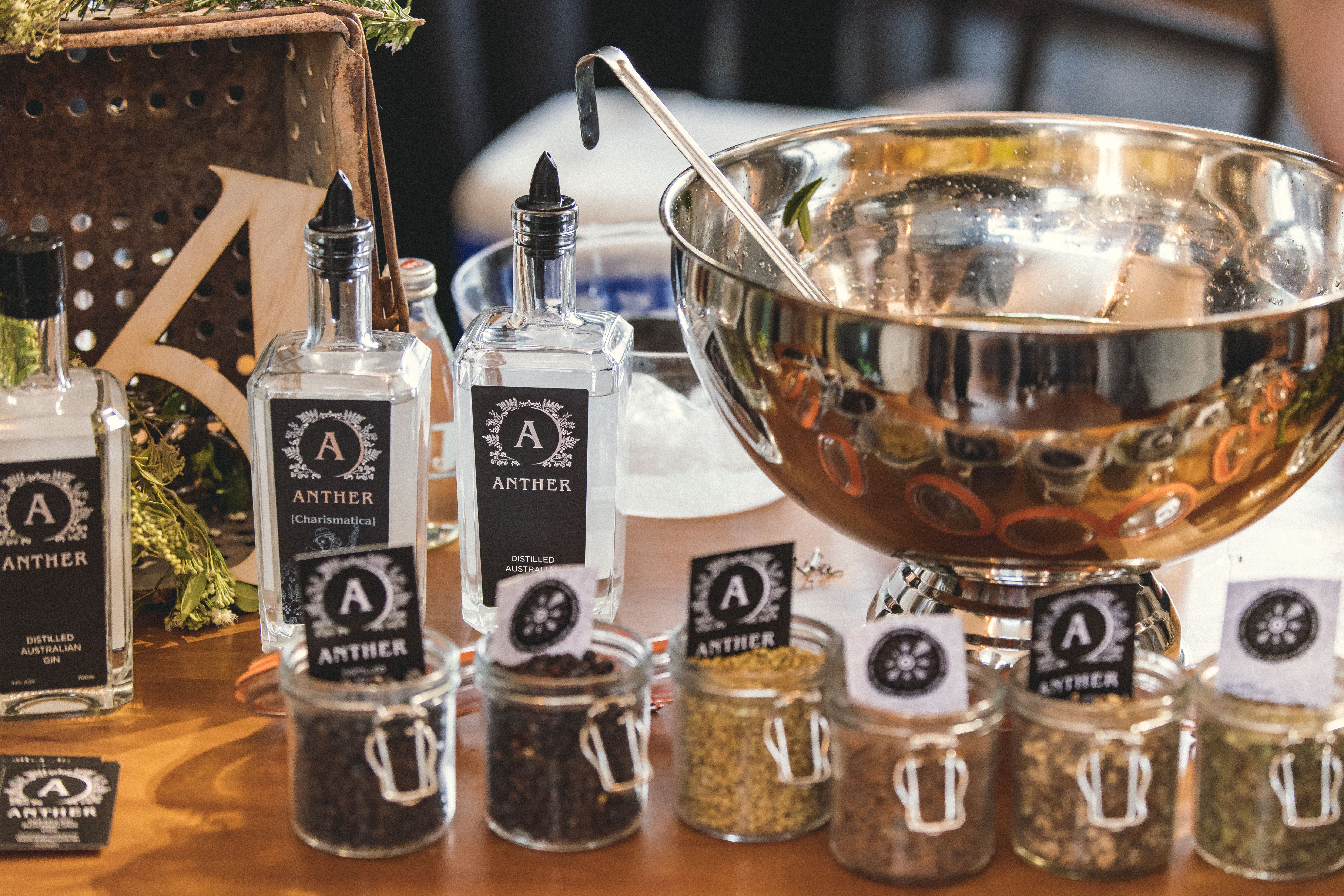 Daniel Monk who works with Hamish was on-hand with the pours and the information. The group now produce about 4000 litres a year of the run that they buy already aged from Trinidad.

Daniel had the Coconut Rum, the Traditional-spiced Rum and the Rum’n Raisin Rum on tasting and shared with us that he actually has his own Rum Festival called I Heart Rum that he operates.

“It’s great to break the barrier to the consumer or to the bartender and just get people trying products. Melbourne loves finding out what’s new and where everything is from. These events work so well. I think Melbourne is up for everything!” 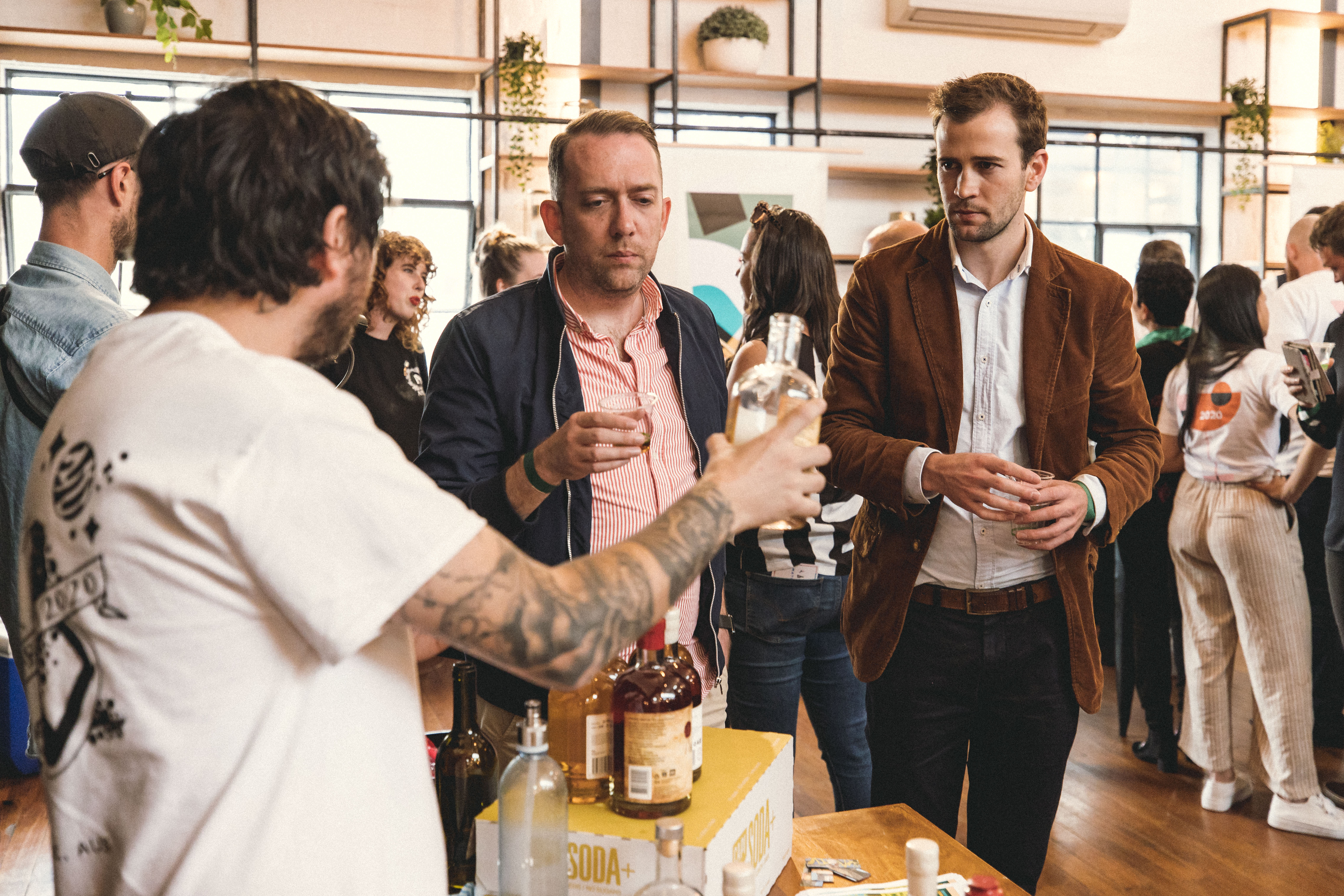 “We are a wholesaler who work with, farms and distillers, paddock to bottle,” says Oni Ranaivoson from Mind Spirits & Co. who was pouring quality drinks at Splash!

“Nearly all the products we sell are local, like this Fig Gin from the Adelaide Hills, it’s one of our best sellers. We also have Ruby Bitter from South Australia, Pommeau from Tasmania and Naked Amaretto from Victoria on tasting.”

Part of the culture Mind Spirits & Co. nurture is to connect the farmers and distillers to use surplus fruit and produce for drinks.

“We focus on utilising waste and ensuring that all our systems and materials are sustainable and recyclable,” says Oni. 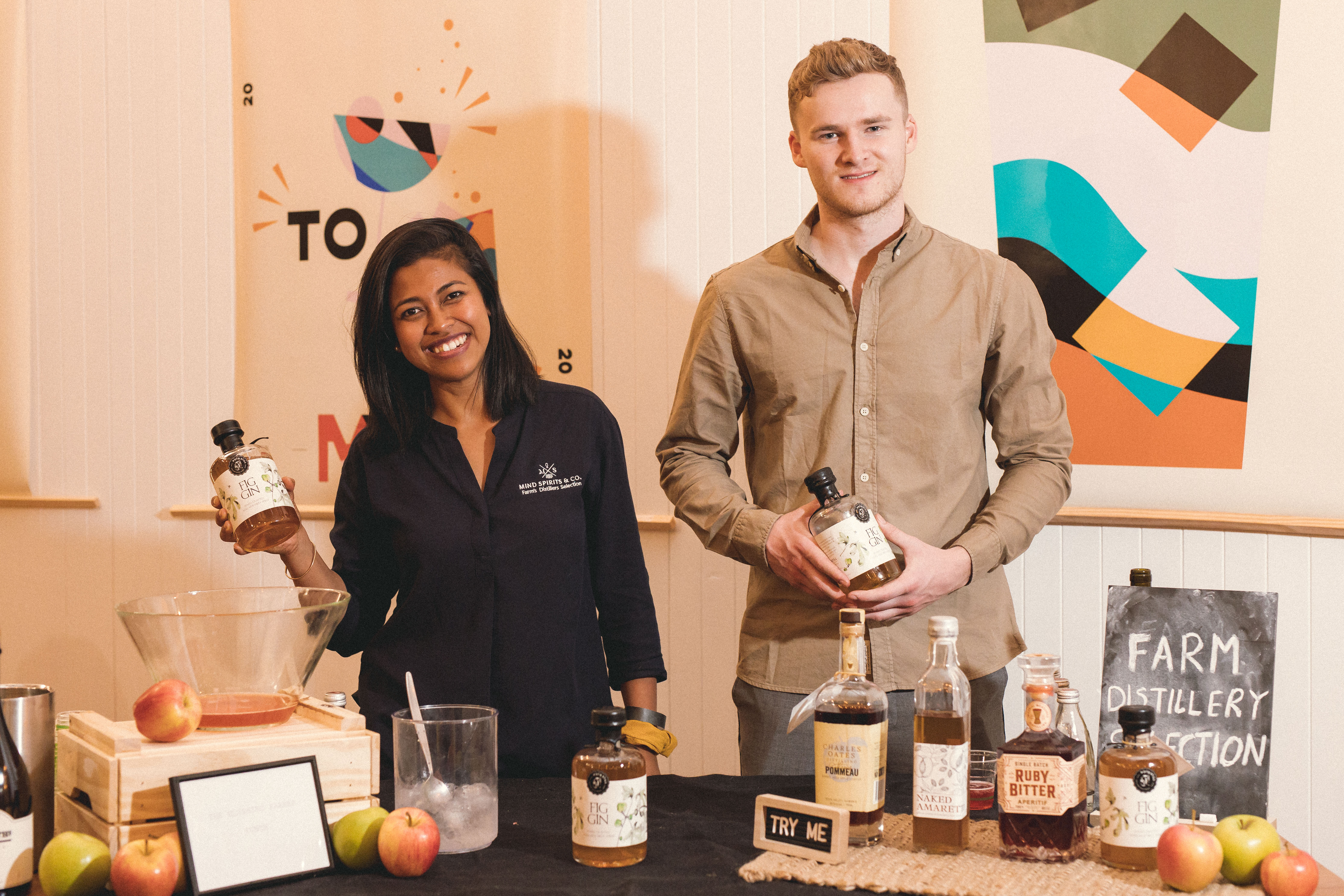