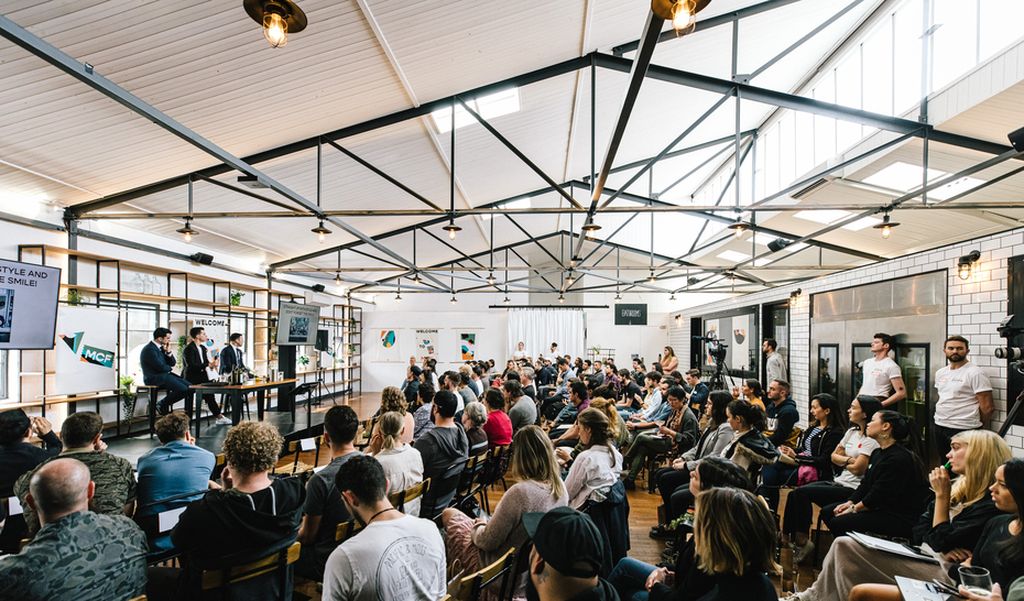 The world of bars, beverages and beyond has never looked brighter.

By: Worksmith and Turnip Media

You’re right - there will be booze - but it was a sunny Wednesday morning in Collingwood that saw the Festival kick off with its inaugural symposium and it wasn’t a boozy time. It was far more than anyone expected.

Perhaps unknowingly, a narrative weaved through each of the speaker’s talks, centred around identity, empathy, kindness, support, culture and community. The Symposium stretched ideas, rattled some cages, saw some wins and dealt some hard truths.

Starting with Tyson Koh from Keep Sydney Open, who shared his story of ‘getting stuff done’ through the sheer frustration of watching the culture of Sydney’s night life shut down through their archaic lock-out laws. During the lock-out, Sydney suffered a net loss of 176 venues in the lockout precinct alone. 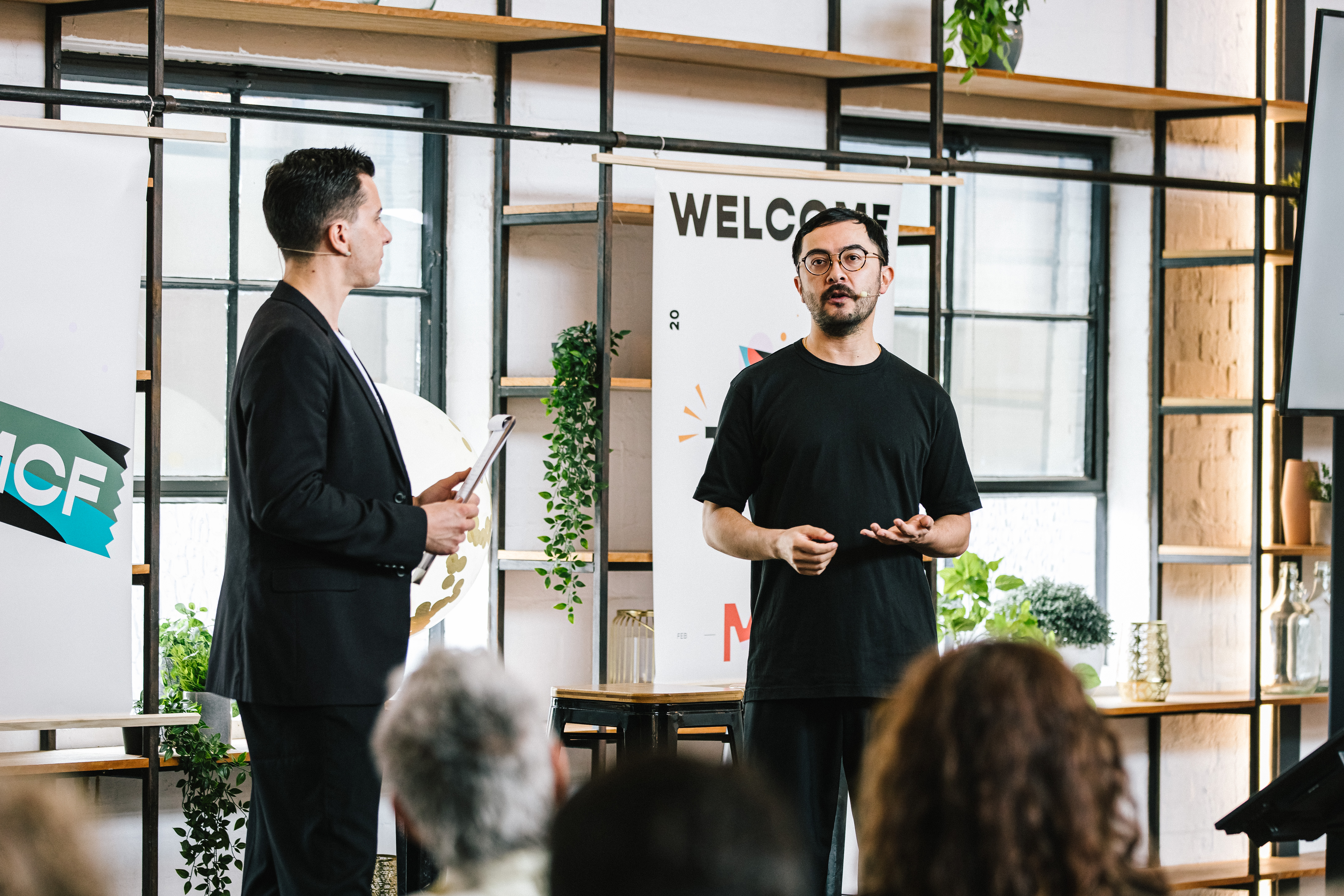 “Bars are social spaces where we all come together and exchange ideas. Our community and culture was under threat. People abandoned venues and areas that were vibrant were rendered a ghost town. To change this became really important to me,” Tyson said.

Dervilla McGowan from Anther Gin told of her passion for the secret life of Botanicals. A native Irish woman who had long felt that Australia lacked connection to its own identity, she had her own ‘lightbulb moment’ to this land when she tried aniseed myrtle for the first time.

A simple native ingredient was, “a huge moment for me,” she says, “I felt I was here. Australian natives are wonderful and unique things and rather than looking overseas for identity, what can make us strong is to develop a sense of self. I feel that we’re starting to look inward to our own identity and that’s powerful.” 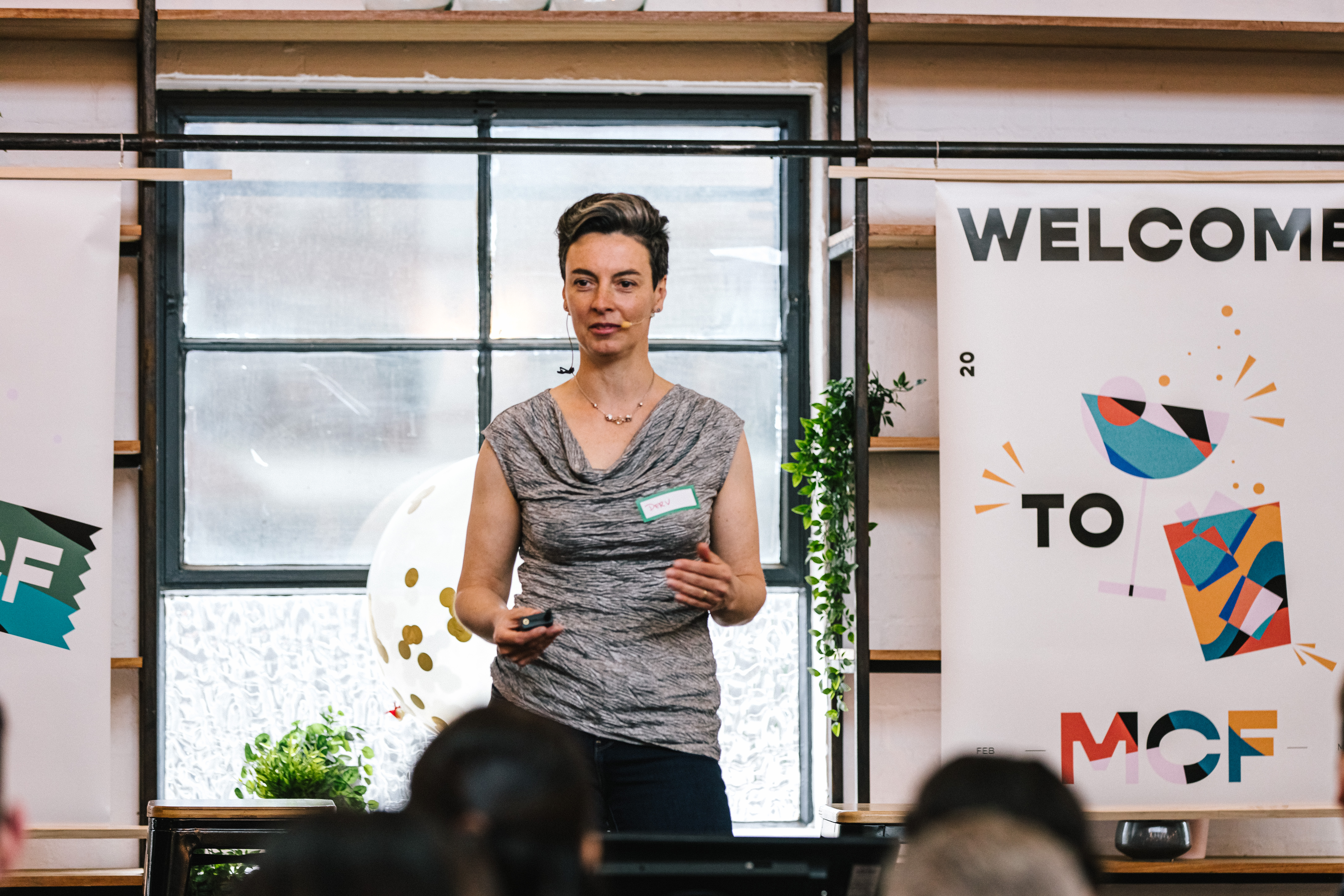 Sharon Flynn from The Fermentary and fermentation revivalist, Sandor Katz who are currently touring Australia on the Ferment Yourself Wild tour, took to the stage and shared tales of the symbiotic relationship of bacteria and yeast and reminded us that, “Without fermentation there are no cocktails. The production of alcohol is the most practiced fermentation around the world!” Amen to that we say! 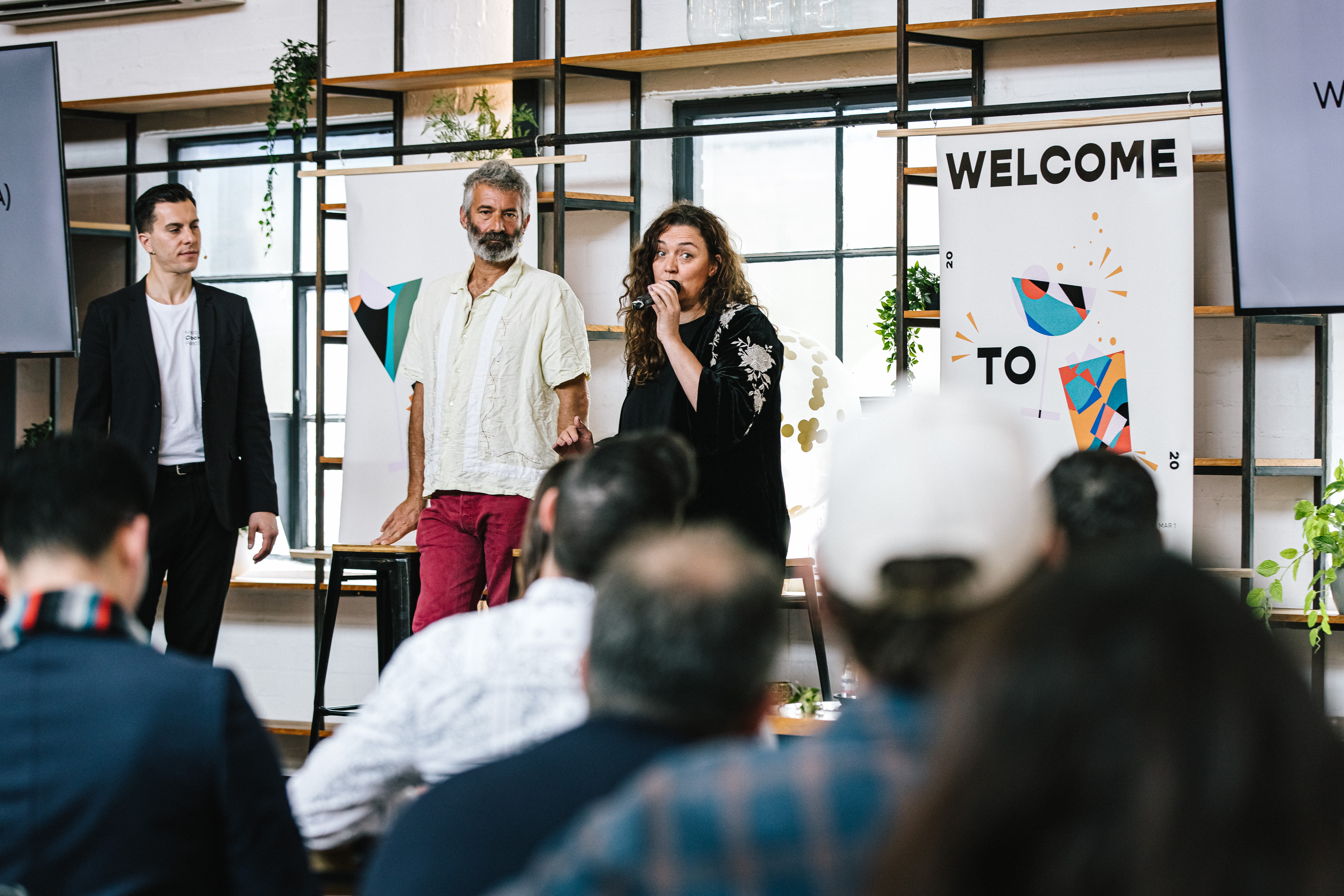 And while we celebrated the beauty and joy of the drinks industry, we also unravelled the industry to look at its core and what makes it tick. It wasn’t always pretty.

A refreshing perspective came from Attica wine director Jane Lopes in her talk titled ‘The Pursuit of Excellence.’ She touched on her four tenants in this pursuit: Knowledge; Passion; Financial Accountability and Hospitality but balanced it beautifully with the reality of looking after your customers without ego.

When she was younger, she had loved the structure of studying wine but says, “as soon as I started the exams, I didn’t like the culture around it. There was a ‘gameification’ that I found bizarre and absurd.” 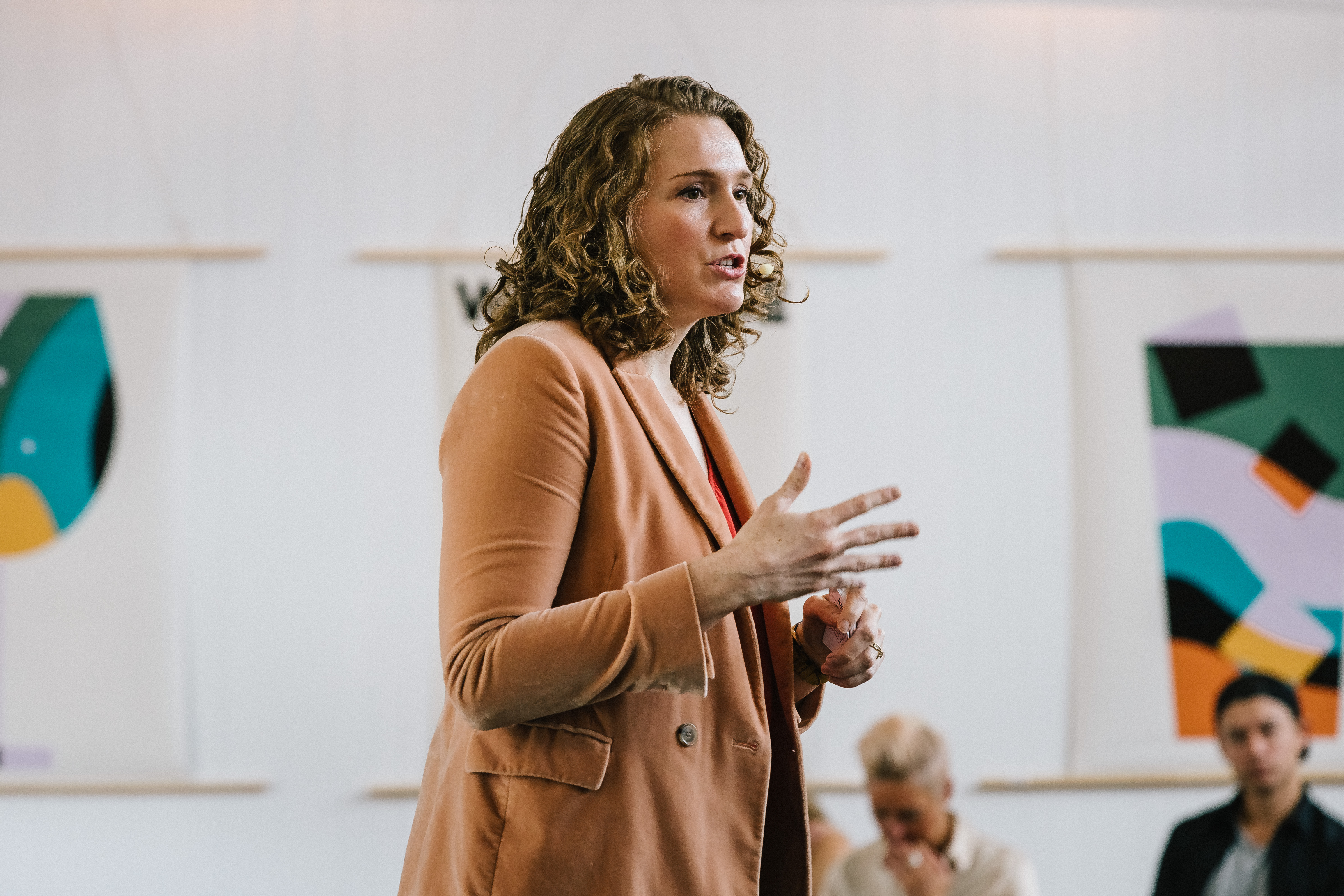 She found the competitive nature of the sommelier culture was, “making us worse at our jobs, and winelist curation was about being nerdy, geeky and putting on the strangest wine you could find. It became about what the sommeliers wanted and not what the guests wanted, that’s not hospitality.”

Through her challenging this old idea she found that, “I had redefined excellence for myself. This industry is about learning to push our boundaries and better ourselves.”

The importance of looking after the guest first was again highlighted with the impeccably groomed Agostino Perrone and Giorgio Bargiani from the award-winning Connaught Bar in London.

With the danger of being caricatures of themselves - with their pouring tricks and flamboyance - they brought the audience back to earth with their deeply rooted passion in looking after people. The simplicity of their ethos delightfully juxtaposed their presentation.

“Hospitality is the common sense of life. You welcome a guest in your home, you sit them down and offer them a drink. We do that at The Connaught Bar, too,” says Agostino. 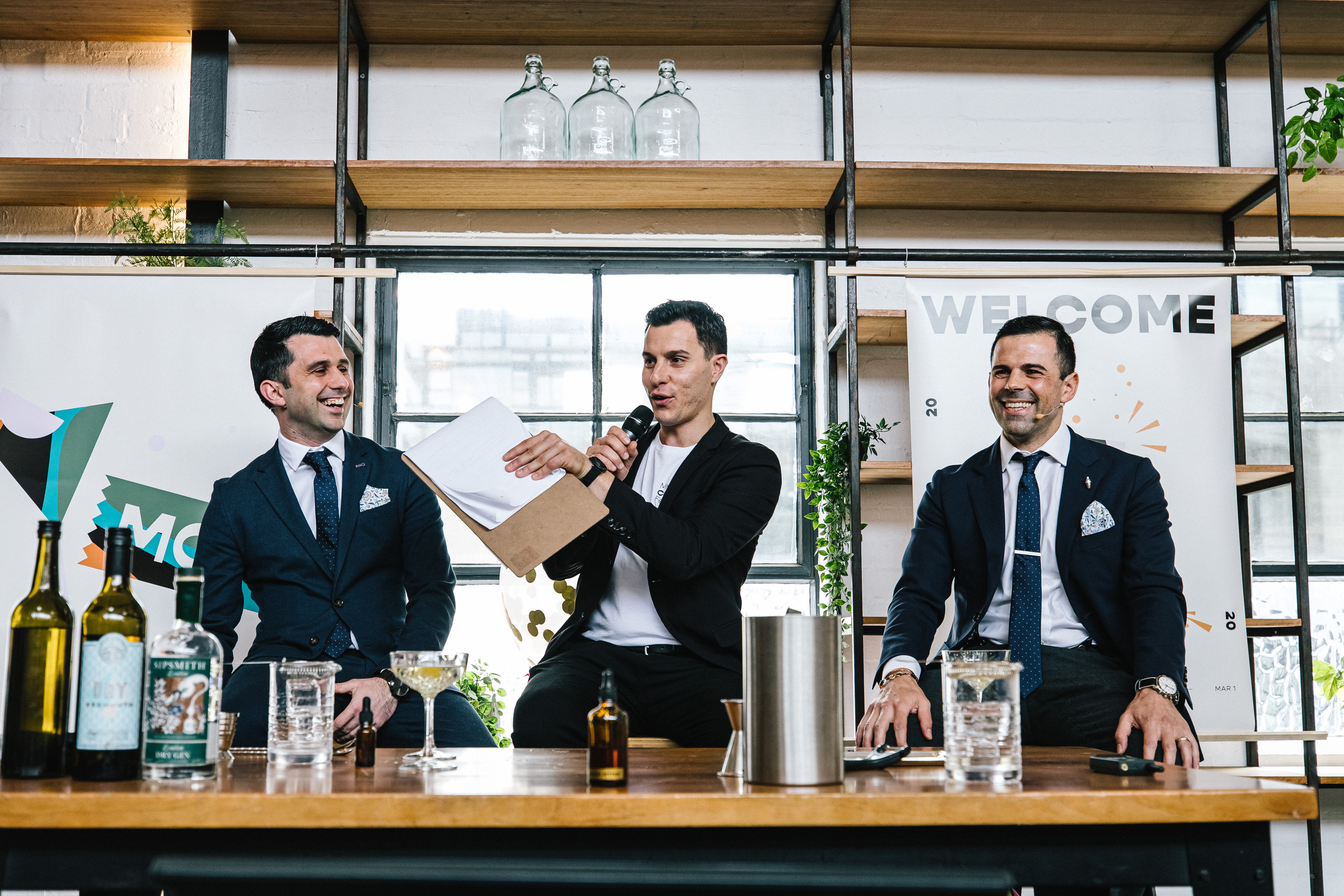 Their attention to detail is breathtaking but it is in the care for the customers that has clearly defined their success. “Look after yourself and your friends and then it will influence the guest experience. You must reset your mindset every time to give the guest the best of the best.” They wrapped up with, “It doesn’t matter what you do but how you do it.”

They do it well.

Bar design, Mezcal, coffee liqueur, empathy and crises measured out the afternoon, in what was some mind-blowing ways of thinking; mostly because of their sheer honesty.

Jeremy Blackmore and Alex Dowd - two out of the three owners of Sydney’s CantinaOK - took everyone by the hand and led us through the Agave fields of Mexico. 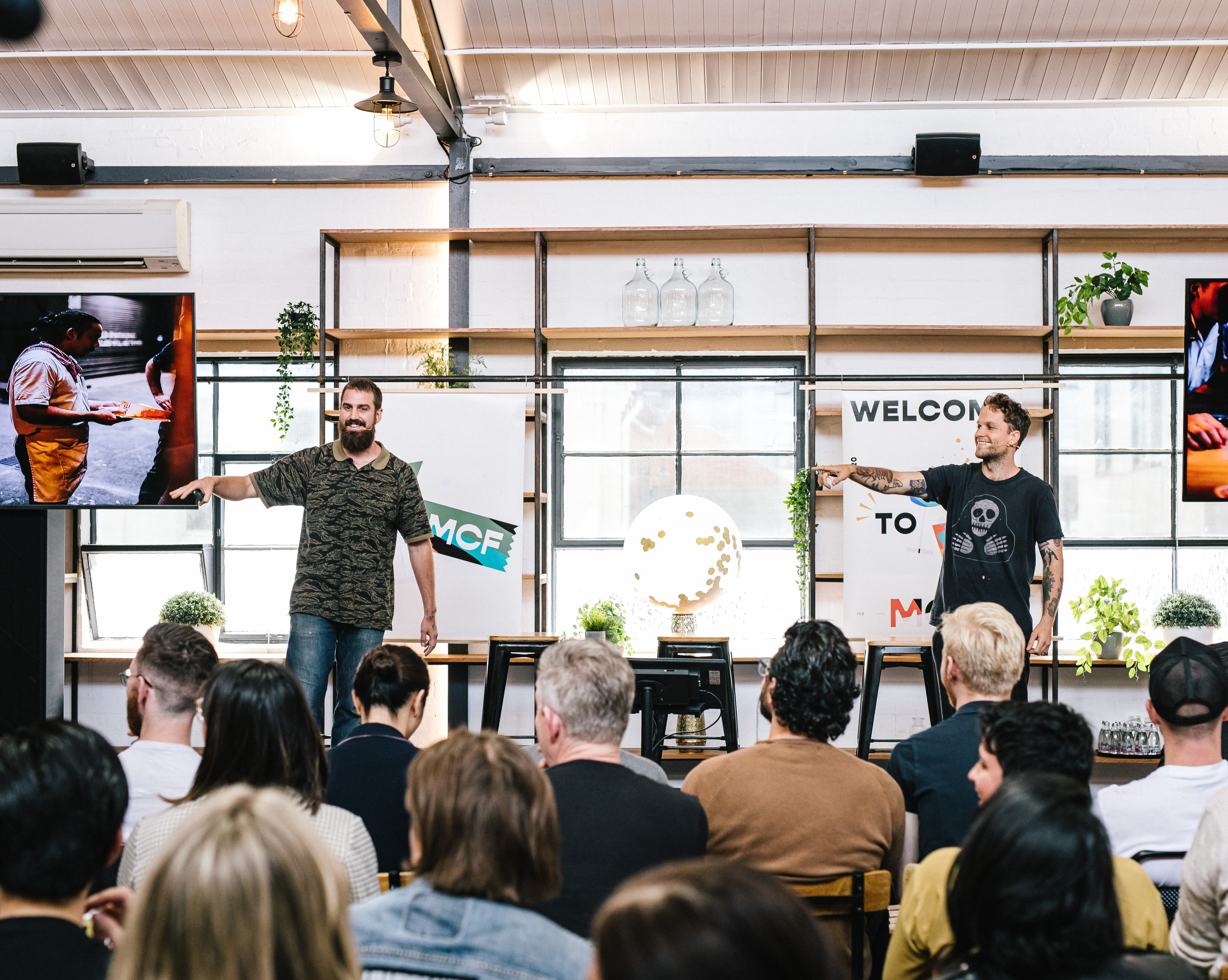 The Mezcal experts and business owners had us - metaphorically - sitting in the sunshine with them as they shared what they’ve learned about tasting Mezcal.

What does it help you remember?

How does it make you feel?

Sum it up in three words.

And, how to run a bar with joy and passion. “Honesty and transparency are key. We are memory collectors and mind connectors and we believe hospitality - in its essence - is very simple, at its core, it’s empathetic. You need authenticity and earnestness to be true to the customer,” said Alex.

The importance of bar design was also discussed, when architect Jaye O’Dwyer from Behind Bars Agency chatted about his process, including VR so the client can actually work with the virtual bar design to see if the plans work for their business, rather than having to build a prototype. The key is efficiency for the bartender and the bottomline. “It’s all about understanding the micro-ergonomics so we can work with the macro-ergonomics too.” Jaye says, “You can design as much as you want but it all comes down to the bartender and how they use the bar.” 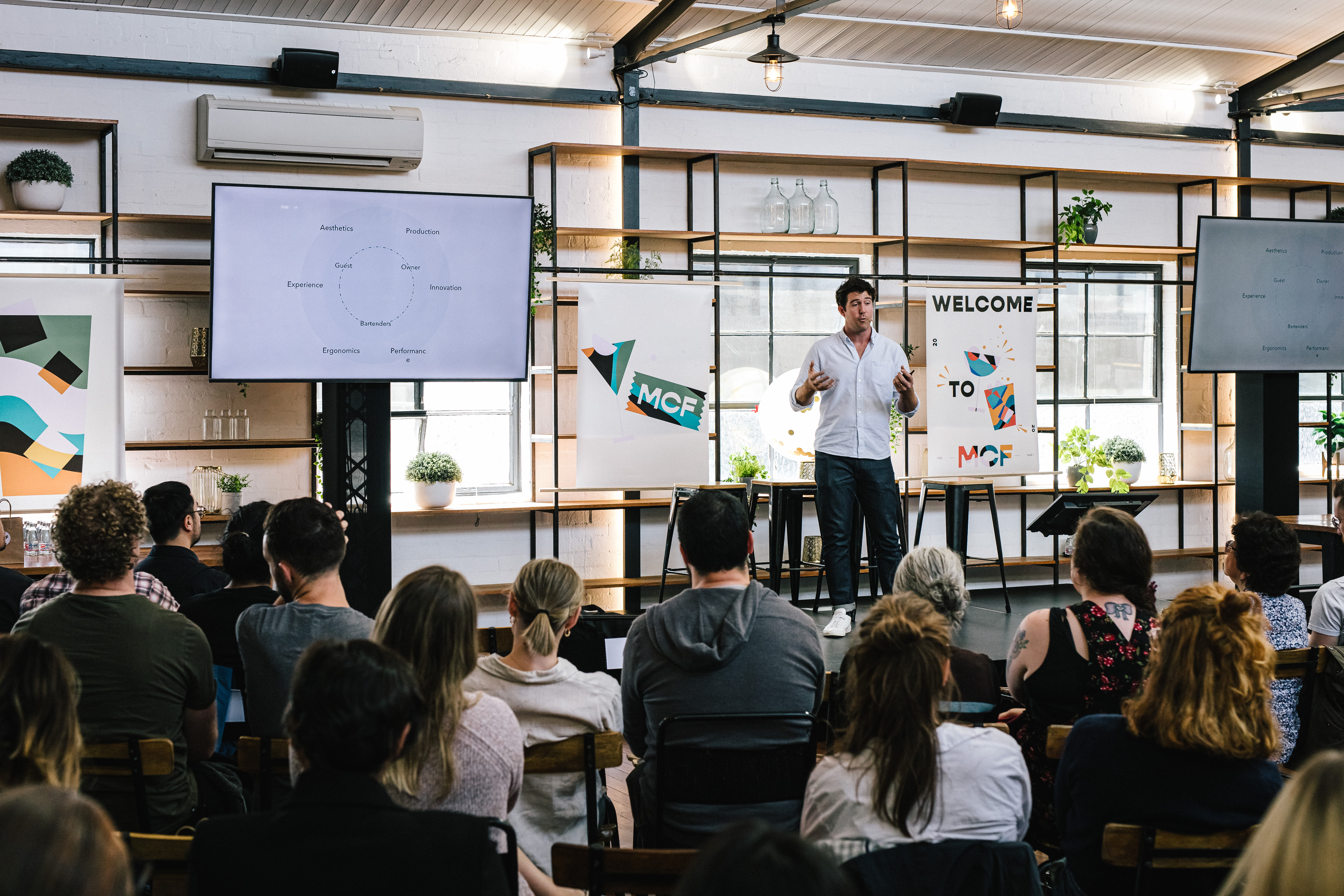 Those of us who yawn at the name Espresso Martini got a wake up when Martin Hudak jumped on stage and yelled, “I fucking love coffee!” The Global Ambassador for Mr Black Spirits noted the while coffee and cocktails had changed over the years, coffee cocktails had not and Mr Black was fixing that. Mr Black coffee liqueur was established in 2013 and Martin travels the world creating cocktails with it. He says, “If we want to change something, like perspective, we need to ask ourselves, how?” 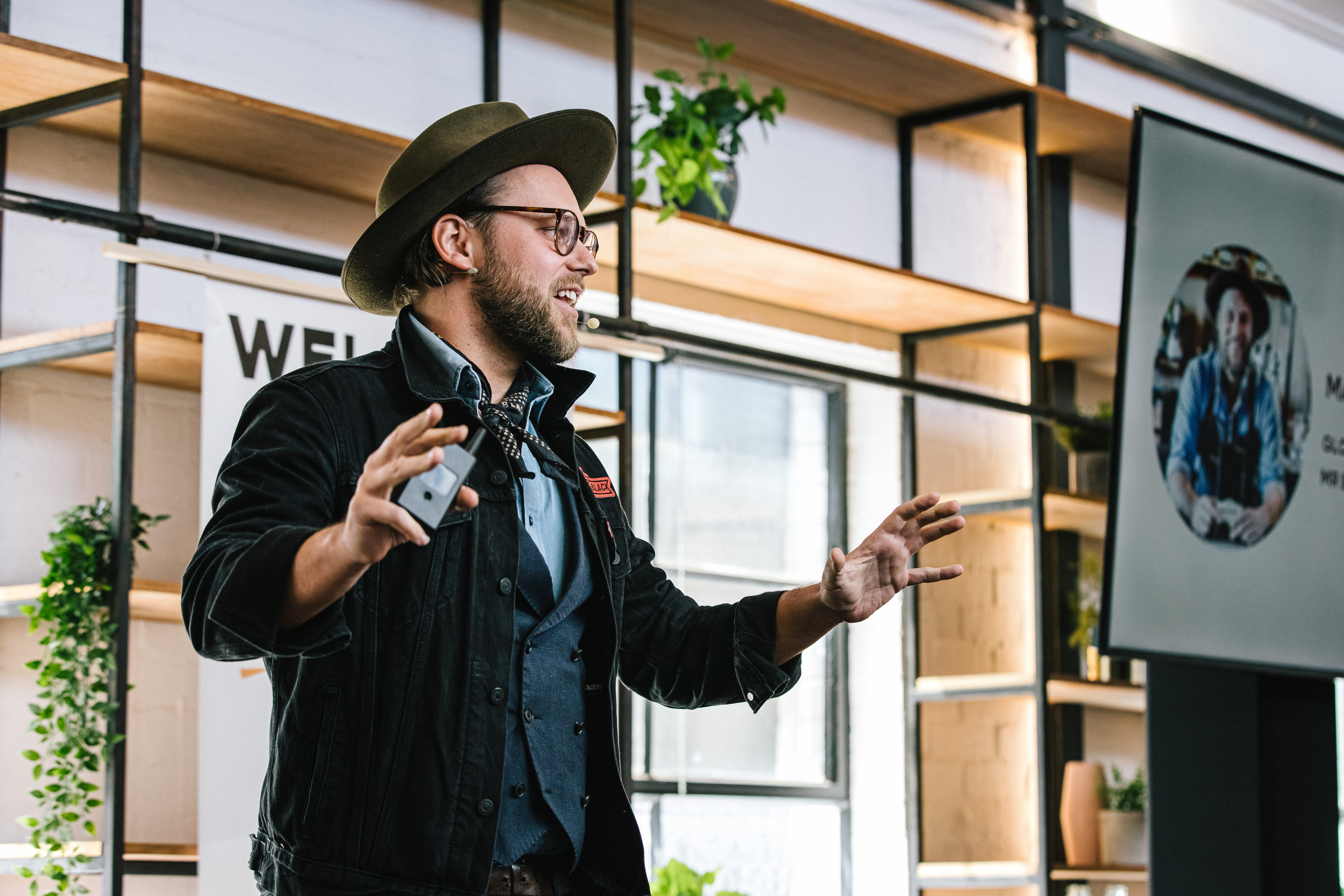 The last two sessions were emotionally yet practically driven.

Paige Aubort, bartender and founder of Coleman’s Academy wants us to work with the idea that, “Empathy is your Identity,”adding that, “good customer service is code for empathy.”

“The idea that hospitality is a job while you’re planning to do something else is long gone. It’s a career,” she says and her goal is to help people work to make their careers great.

Balance is of the essence in service and in the running of the business, “If all we care about is making a drink - and we’re not caring about the guest - we’ve gone too far one way,” she says. “Hospitality is all about, connection, nurturing relationships, empathy and community.” 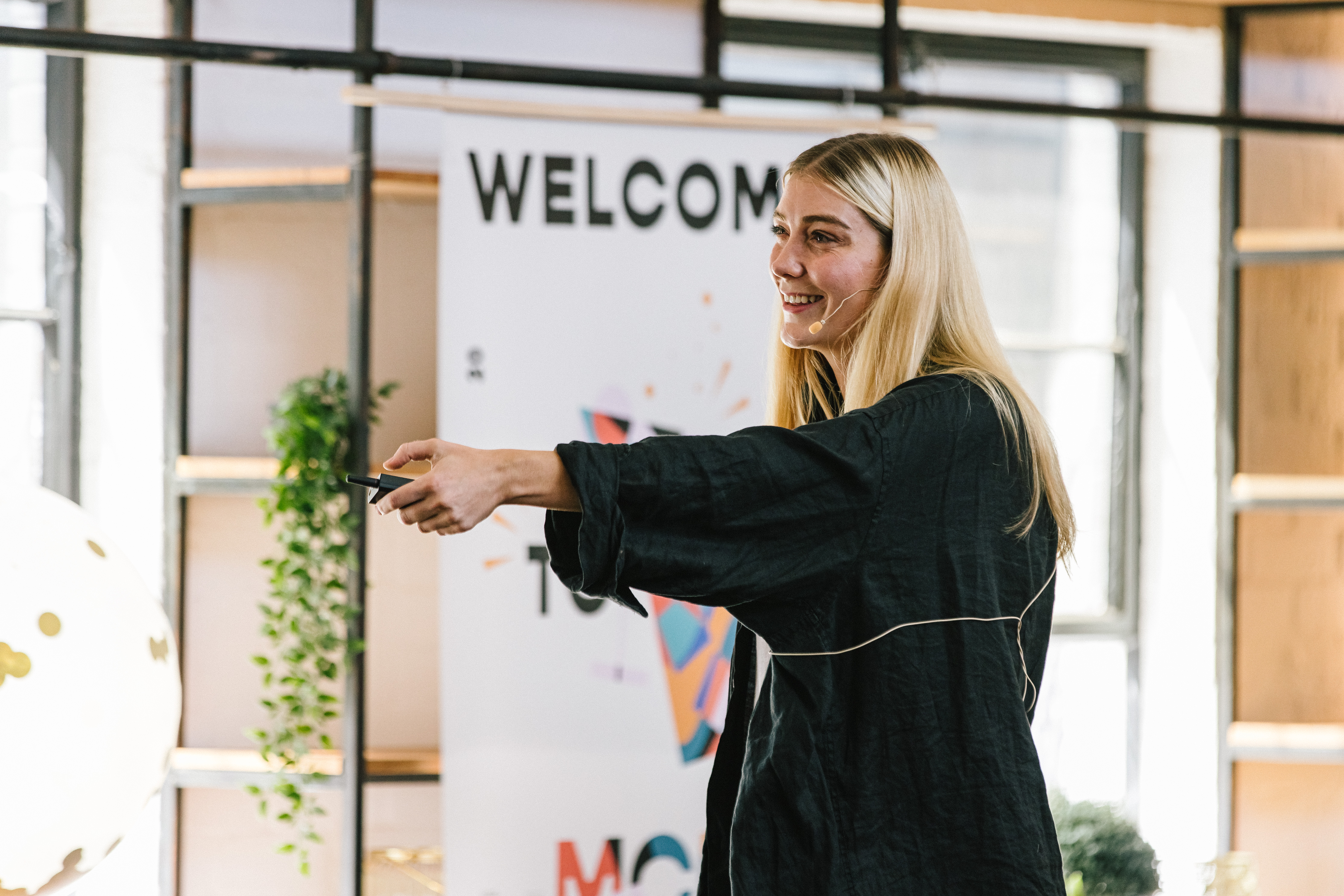 The final talk of the day was an eye opening discussion on crisis management. A much needed analysis of what to do - and what not to do - when the wheels fall off everything. It was presented by Monica Brown, the Director of Lotus International and an expert in the field.

Aptly named, ‘What happens when you publicly fuck up?’ Monica was generous with her anecdotes and experience reminding the audience that “the news media don’t care about you, they only care about headlines and clickbait.” Describing the media as “Bastards and those who are yet to prove they’re bastards.” 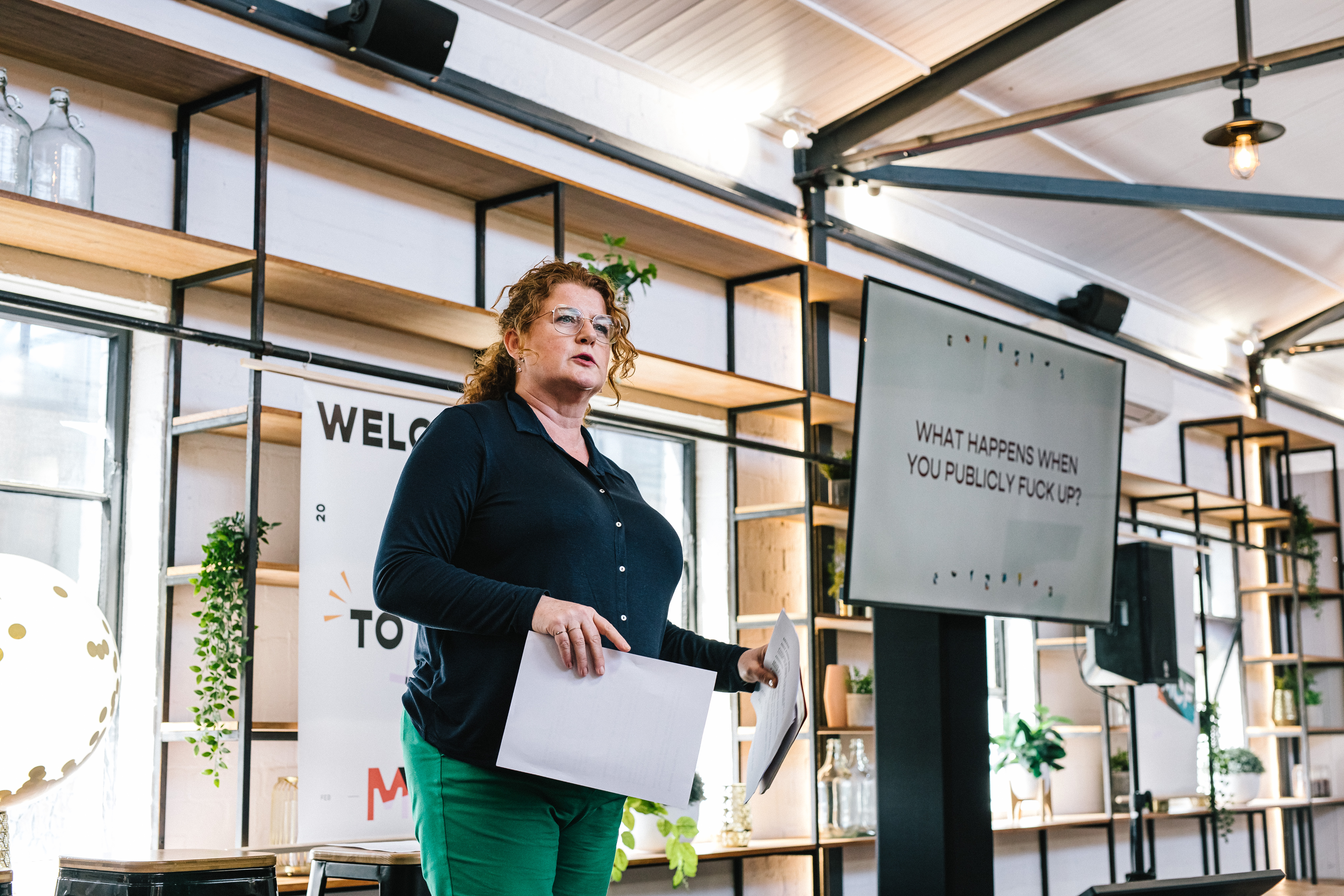 She insisted anyone who hits a crisis breath out and give yourself 24 hours to ‘let the dust settle.’

“Always be careful of your words,”she says. Adding the physical things you can do when a crisis hits are:

1 Pick your core team, the people you’ll talk to and keep updated.

“Don’t celebrate when you’re through it, accept it happened and move on and never play the victim.”

It was one helluva day. From culture to connection, identity to community and treating people the way you want to be treated; the hospitality and drinks industries have a lot to look forward to.

Here’s to our community. Cheers!