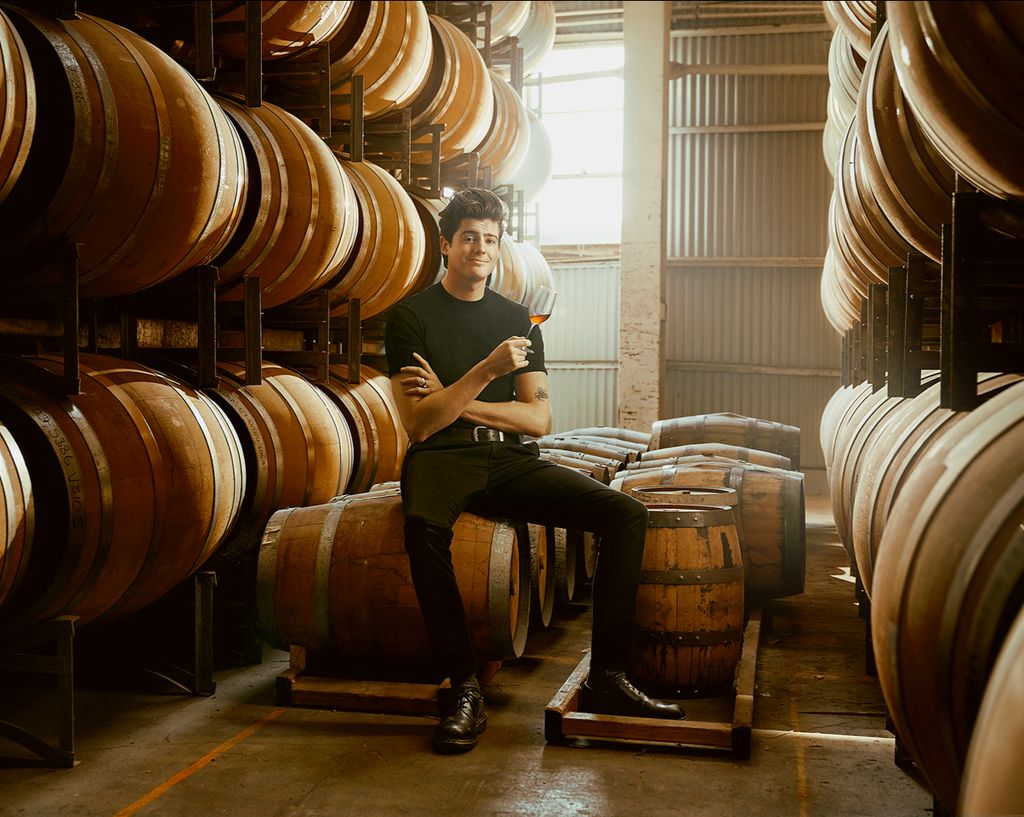 Worksmither Jack Hawkins is a man who has hit his creative stride in the beverage industry, and he's only just getting started. To give you an idea, Jack has worked on a long list of campaigns for beverage brands that include Hendricks, Asahi, Peroni, Maidenii, and Johnnie Walker (to name a few). Across these campaigns, he's also racked up an impressive CV of varied roles, from design, directing, photography, E-commerce, project management, digital strategy and creative direction.

When we say he's hit his stride, you'd have to agree with us, wouldn't you?

You've worked as a freelance commercial photographer since the age of 19, did you always know you wanted to work for yourself?

I’ve always been overwhelmed with energy and obsession, and I realized very early on that a “real job” is a bloody racket. Trading your time and passions for a measly paycheck, it’s no way to live. You must punch back, spit in the eye of it all. Create something new, leave something behind for others to challenge.

You only get one chance at all this, so back yourself and swing hard.

When/how did you make the decision to focus on the food and beverage industry? What drew you to it?

JH: When I was 19 I moved to Melbourne with the hopes of becoming a film director and photographer but I had already been introduced to the cocktail and spirit world from friends at an early age. So when it came to needing subjects to shoot for my university assignments, I naturally and lazily leant into the beverage and bar scene because it was where I was already spending all my time.

I ended up doing a pretty large series of high-end commercial portraits and interviews with every influential bartender in Melbourne at the time, and that series really took off and seemed to cement me in the scene as someone who cared. From there I just worked my guts out and kept trying to bring as much creativity to the industry as possible.

I love hospitality and the booze world, the backbone of what we do is and should be about kindness and creating special moments for others. So, I don’t think there is an industry that is as easy to fall in love with as ours.

What are the next big trend forecasts for the creative side of F&B?

JH: There are the obvious trend forecasts of sustainability, hyper regionalism and being morally ethical in your brand but I think being a slave to trend reports is utter bullshit. These trend forecasts mostly trickle down from large reports that the big boys put together in an effort to understand what craft is doing and why it’s working.

What I’m focusing on at the moment for myself and other brands is doubling down on delivering consumer experiences that validate and elevate people’s lifestyle choices. Providing actual value and understanding the consumer by being the consumer. Doing this in every avenue of a brand, from the pack to liquid can and will turn a product into a beloved brand.

Focus on innovation and originality. Build the trend you want to see.

What's the best thing about your job, and what's the most challenging?

JH: The best thing is being surrounded by creative individuals who all want to rock the boat.

The most challenging- finding time to sleep. I’m always on a few different projects and have a finger in a few pies. So, finding the balance is difficult.

What do you think is the biggest challenge that faces creative freelancers on a day-to-day basis?

All of us need to remember to leave our bubbles of safety on a weekly basis, otherwise, we all just end up competing and recycling each other’s creative work.

Go borrow and steal from other industries and art forms.

Has there been a defining moment where you felt you'd achieved success in your career?

JH: It’s a really hard question to answer, because of the varied roles I take on.

In photography, nailing my first national billboard campaign with Sapporo by 25 was probably the moment- but it also felt like the end.

With Starward there was a real moment…

We went through a year of re-brand hell with our bottle and pack. Engaging some really experienced and talented American agencies and nothing was working. Every proposed direction seemed foreign, hollow and like a poor attempt to understand the brand. At that time, I was simply Starward’s digital guy- but I was witnessing the brand I really loved be completely miss managed and turned into a Frankenstein of soulless decisions when it came to the rebrand. The project was months overdue and things had really come to a pressure point internally, a direction had to be chosen. Starward engaged a very senior scotch whisky pack designer and pretty much said that by a certain date we would be moving forward with one of his proposed design directions, do or die.

So the night before David Vitale (the founder) and the executive team were supposed to pick a design from this certain freelancer- I stayed up till 5 am redesigning the bottle and pack and building a deck explaining who we are and what that looks like for us as we grow.

I ad-hoc pitched this to David the next day at 8 am, he sat silently as I walked him through the deck nervously. I was way overstepping my place in all this and was certain I was kissing goodbye my reputation and maybe my job.

That moment is probably the one I hold dearest.

What is your ultimate goal for the brand?

JH: For Starward- the ultimate goal is to establish Australian whisky as some of the best in the world.

For my regional beer company- To break the mould of craft beer being a metropolitan trend, and prove that you can build a decent-sized brand from the outside in.

For me- To launch my own spirit early next year that redefines how craft looks and feels for my age.

Your favourite thing about being a part of the Worksmith community / working at Worksmith?

JH: Having a community around me. Sharing a desk with Sharon, Nick, Wendy and Brodie has really changed my perspective on so many things, I’m very grateful for them and for Worksmith bringing us all together.