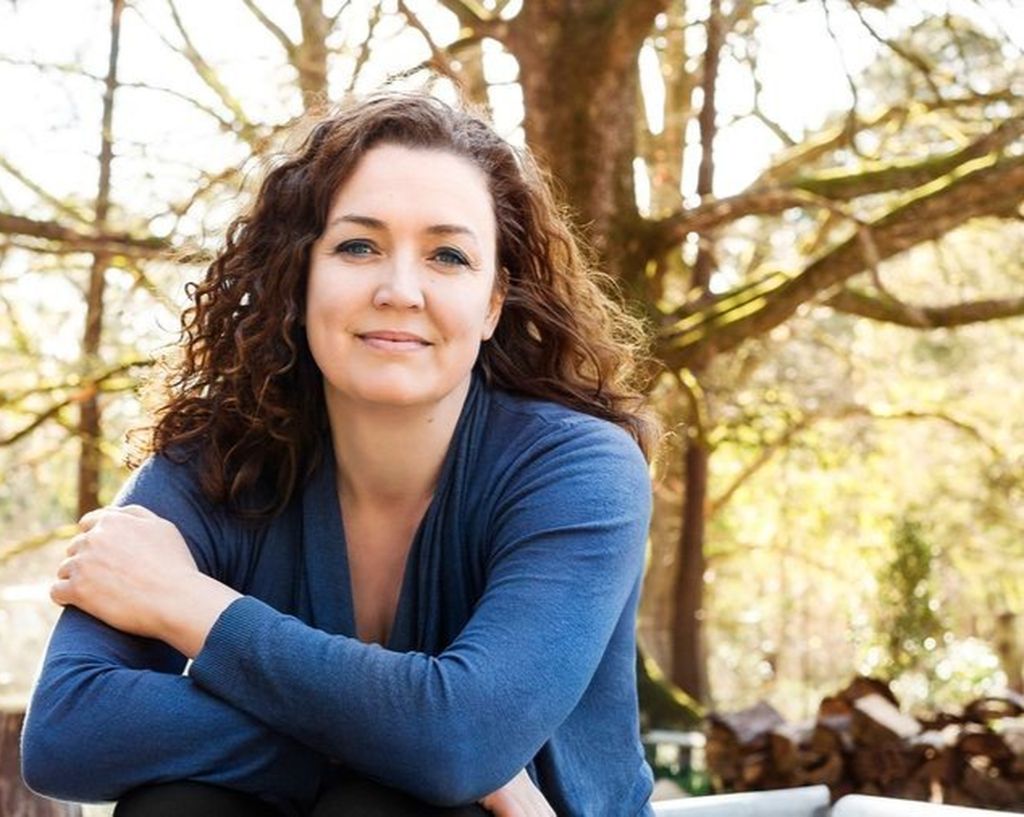 Say hello to Sharon Flynn, Founder and CEO of The Fermentary

Say hello to Sharon Flynn, Founder and CEO of the Fermentary, where Sharon and her partner Roger create authentic, slow-fermented vegetables, milk and water kefirs, mustards, miso, and other little small-batch projects that are ready to be shared with the world.

What was it that triggered a love/fascination with fermentation?

SF: I’ve been interested in fermentation and working with it since I was about 19, but it was when I was in my mid 30’s that I connected the dots and saw the power in the unseen - It was almost spiritual and it came from the most basic realisation of how amazing bread is. The power of yeast and water working together to create a living, edible product… It really dawned on me and made me think about what else I didn’t know and hadn’t realised about fermentation.

What did your journey look like before launching The Fermentary as a fully-fledged, full-time business?

SF: I moved around all over the world with my ex-husband’s work, and when I returned to Australia with my kids, my youngest daughter had been very unwell. Our most recent home had been in Belgium, and before we left, a friend handed me a list of foods and told me they would put life back into her gut, and help out her health. On that list was all the foods that I knew how to make, but hadn’t realised the full potential of. I knew how to make miso from 8 years in Japan, l had nailed pickling vegetables from time spent in Seattle. Everywhere I’d lived had taught me different phases of fermentation, and putting those learnings into practice to help my daughter reinforced that there is nothing better and more empowering than when you are able to help someone who is unwell.

Soon, everyone who knew us saw the improvements in my daughter, and they wanted to have their sauerkraut and water kefir, and soon they wanted to start paying for it. I kind of felt like I was selling drugs, selling them out of the back of my car. We’d drive to Melbourne a few times a week for the kids activities, and I would drop off ‘the goods’ at a collection point, and pretty soon I had about $1000 a week coming in. Soon after, I started running fermentation workshops, but I was stunned at how people would constantly ask me things like “how much should I take?” - they had no idea, and it made me realise I could sell anything to these people who were vulnerable through their lack of information, and it really just drove me to be almost evangelical about educating people on what our bodies are missing from the Australian Diet. After that lightbulb moment, I decided to make the most delicious and authentic products out there, and rather than spending time being ‘certified organic’, I decided to just use local farmers and producers.

The business continued to grow and I had people knocking on my front door asking for the 'Sauerkraut Lady'. With Daylesford being a relatively small community, I was lucky enough to have Alla Wolf-Tasker noticed my products and ask to use them at Wombat Hill Cafe at the Lake House, but I said No because it wasn’t on my direct route and I didn’t have time. I was soon convinced to make time for Alla, who, in turn, led me to be exposed to some big groups, including Andrew McConnell who brought me into Cumulus and Meatsmith. When this all started to happen, I was still working part-time at my kids’ school and things were starting to get hectic. When I mentioned I might need some help, a few friends from school suggested I should get in touch with a fellow parent at the school who was also a chef (and is now, incidentally, my husband), and so it was in February 0r 2014 that Roger and I started working together on The Fermentary as a full-time operation. It’s been a journey.

What do you love most, and what is the biggest challenge about running a business in the food industry?

SF: What I love most? The people behind food. I’m new to Melbourne, and my opinion of the people here was basically limited to students, academics, and snobs. When I got here, and particularly after I joined Worksmith (not a plug, just the truth), I realised I was so wrong. The buzz in this city is so positive, and I was introduced to the absolute best people in this industry, who will bend over backwards to help you out, or sit down for a chat about absolutely anything. That is what I absolutely LOVE.

What I hate about this industry is food science - that it was built on a fear-based necessity and logistical needs, it's allowed us to ruin the food system. Food science wasn’t built on systems that we’ve relied on for thousands of years, and now we have to try and turn it back. I don’t love having to spend my profit proving that my food is safe to eat. It’s a bit of a broken system, and it needs to be fixed.

I also love the support and the opportunities I’ve been given. I met Sandor Katz when I lived in Seattle (who, incidentally, is coming out to Australia in February with The Fermentary) and went and stayed with him for an intensive program in 2015. I’ve travelled to Japan and studied Koji, there's no other industry that would allow me to do that!

The most challenging thing for me has been realising that there’s still a bit of sexism in this industry, particularly when it comes to my domain. Brewing and Fermenting has been a man’s domain for a long time, so when people question your depth of knowledge it can be very frustrating. Fortunately, with three kids and being surrounded by young people, it’s encouraging to see that this outlook isn’t being carried across generations.

What project(s) are you currently working on?

SF: My second book is coming out next year, and it’s all about water. I'm excited about that because water-based drinks are still pretty niche in the fermentation business. We’ve also grown our team in the manufacturing side of things, which is huge. With our focus on growth and keeping products interesting, its so important to me to ensure the product is the same high quality that its always been - that was a lot easier when it was just my kitchen and a few runs out of Woodend, but now we’re on shelves and restaurants in Singapore, Shanghai, across Australia, and keeping that standard will be a forever project.
Food-wise, we’re playing around with lees from leftover sake, and we’ve made an amazing hot sauce using bi-products of leftover kimchi juice and leftover fruit from our water kefir. We’ve also got a seven-year clay-pot fermented brown-rice vinegar that will be ready this Spring. That’s a big one.

What's been a significant milestone in the last year that you're especially proud of?

SF: Being able to hire people full time and perm part-time. We have four full-timers (not including roger and i) in the factory in Daylesford, and having those people on the books, it makes a real impact in their lives. It’s tremendously rewarding.

Your favourite thing about being a part of the Worksmith community / working at Worksmith?

SF: So many things. I was signed up to a few mentorship programs before Worksmith, and I’ve left all of them because Worksmith fulfils all of those mentorship needs, and in a realtime day-to-day way. I’m a woman who started her business after forty, and I read once that when you’re over forty your mentors should include someone under 30. At Worksmith, I’m surrounded by young, energetic people and it's really inspiring and I just love it the energy and ideas. It’s also just a great place to come back to day-after-day, because everyone is working towards a common goal, to better our industry in one way or another. When I have had a few weeks away and I come back to Melbourne, I feel like its a place of mutual respect. When I’m at TF I'm the boss, when I’m at Worksmith I’m a peer.

SF: For it to reach its potential, to not be hindered by food laws, cash flow, making the right decisions at this stage and making the product available. For people to have an understanding of high quality fermented food and drink, and to make it available to everybody.